The Duke of Edinburgh

Thank you for donating to The Outward Bound Trust!. Your first payment has been authorised and your subscription has been setup!

Sorry, it looks like something went wrong whilst your payment was being processed. Please try again.

HRH The duke of Edinburgh

HRH Prince Philip, the Duke of Edinburgh was a Trustee, Chairman and then Patron of Outward Bound from 1953 until his retirement in March 2019.

In that time, his active support helped inspire over 1.2 million young people in the UK to participate in an Outward Bound programme. His influence was also instrumental in spreading the Outward Bound mission around the world.

He had a very personal connection with our charity. Every single year of his involvement he visited an Outward Bound centre to see the work we do first hand. He often did this privately – with no press in attendance – and he would spend many hours talking to instructors and students.

As we remember him on the day of his memorial service and one year on from his death, we hope the photos and stories on this page will demonstrate the amazing legacy his support has had on The Outward Bound Trust and the young people who embark on our programmes.

In the aftermath of WWII, alongside his mentor and teacher Kurt Hahn, Prince Philip became a linchpin of the Outward Bound movement.

Its objective – to inspire young people from all backgrounds to test their physical and emotional limits through challenging outdoor adventures in places of great natural beauty.

The Duke was a key ambassador of The Outward Bound Trust for over seven decades, supporting us through good times and bad.

Thank you Prince Philip. This is your legacy.

"A number of years ago, we held a fundraising dinner at a big hotel in London. The Duke of Edinburgh had kindly agreed to host the event and make a short speech.

He arrived absolutely bang on time, driving himself to the entrance in his customised London cab. He delivered a perfect speech, completely in line with the bullet points we had tentatively passed across to his office to consider working into his speech.

He left exactly at the hour he said he would leave (10.30pm) and drove himself off, having charmed everyone he met. One of his staff told me that this was no less than his seventh public event that day. And he was in his early nineties. I found that incredibly impressive."

"I stood outside our Ullswater centre feeling unusually nervous. The Duke of Edinburgh was visiting and I was to show him around. On arrival we looked at the Ullswater redevelopment plans and then set off to meet a group of young people.

Although in his 90s, the Duke was much fitter than his companion and in no time I found myself alone with him as we walked over the hill towards the lake. In those 20 minutes he told me about his school days, Kurt Hahn’s philosophy for education, some of his Outward Bound experiences and his continued genuine interest and compassion for the young people we work with. On meeting the groups, he took a real interest in what they were doing and where they were going.

As he left I knew that I would remember this occasion. That I had spent time with someone who not only offered genuine support to Outward Bound but who understood the value of our work and its importance to the lives of thousands of young people."

"It was at a time when Outward Bound was going through a particularly difficult spell, very nearly going broke, that the Duke of Edinburgh, as Patron, stepped in. He sacked the then Chairman and Chief Executive and took the Chair himself. I had just been appointed as a trustee and saw him in action.

He was the best chair of a meeting that I have ever come across and I learnt a huge amount from the way he carried out his duties. He let people have their say but once they wandered off the point, he firmly brought them back, sticking to the agenda, structuring the meeting really well and keeping them relatively short and to the point.

He had a wonderful dry but kind, not always politically correct, sense of humour and an amazing memory for names and faces of individuals he had met, even very briefly."

"I had the honour of meeting HRH The Duke of Edinburgh on a number of occasions as part of my role in the fundraising team.

The first time I met him I was a fairly inexperienced 20-something. He had just pulled up in his Land Rover – he drove himself which surprised me, but that’s how he liked it. He did the rounds at our drinks reception and I introduced myself, proudly stating that I worked for Outward Bound. His response – ‘oh I don’t want to talk to you!’ - and on he went. Somewhat crushing at the time, but perfect really. He was a consummate professional and he understood fundraising in a way I didn’t back then. His job was to make our guests feel amazing, not waste time with the staff. And he did just that, time and time again leaving us all with wonderful memories."

Back in 2011 the Queen and the Duke of Edinburgh hosted a reception for some of Britain’s greatest explorers. The Reception for Exploration and Adventure marked the centenary of Captain Robert Scott’s final expedition to the South Pole.

It was a special evening being surrounded by many who I would consider my heroes, including Sir Chris Bonington, Sir David Attenborough and Sir Ranulph Fiennes to name a few. Rather humbling to be included in such esteemed company. It would be fair to say that the wine was flowing and one’s glass was never empty, such was the delicate skill of the Royal Household staff.

I was introduced to the Duke of Edinburgh by his staff for my contribution to outdoor and adventure education at Macmillan Academy, Outward Bound and with Adventure Learning Schools. We talked for over ten minutes about Outward Bound, The Duke of Edinburgh’s Award and Gordonstoun. When asked, “so what do you do”, I replied simply, “I make adventures happen for young people”.

HRH and Martin at Ullswater
Making adventure at Loch Eil

Outward Bound raised the Royal Standard from the UK’s highest three peaks to honour the Duke of Edinburgh’s 78-year commitment to our charity on the day of his funeral.

Outdoor instructors and young people from our centres in Scotland, Wales and England scaled the UK’s three highest peaks – Ben Nevis, Snowdon, and Scafell Pike – to raise the Royal Standard, Outward Bound and country specific flags, in memory and in tribute to His Royal Highness on the day of his funeral.

"As a lad from Fylde, I came from a pretty disadvantaged background. My Outward Bound course was 3 weeks long and really tough – but it showed me what resilience and determination was, and no doubt shaped my success and where I am today.

I met and performed for the HRH The Duke of Edinburgh at a number of Outward Bound fundraising events. The Duke was a real force of nature, a presence. When I shook his hand there was a real sparkle in his eyes. He made everyone in the room smile, and his Patronage of Outward Bound was deeply personal.

I was always struck by his genuine interest in hearing directly from the young people present about the impact their course had on their lives. For thousands of young people like me, his support of Outward Bound gave us the opportunity to expand our horizons and learn new skills. I know that Outward Bound will honour his legacy." 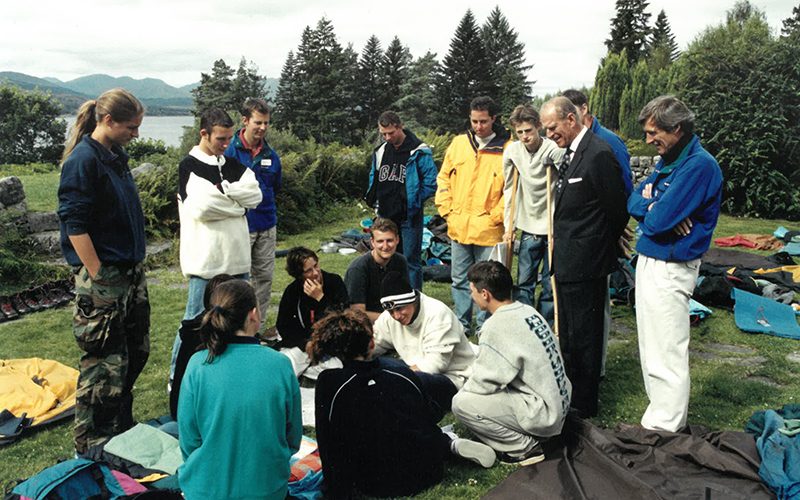 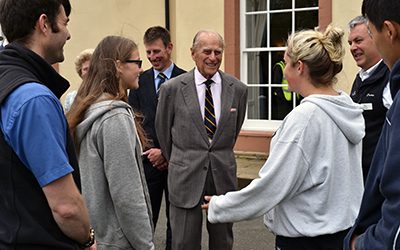 HRH The Duke of Edinburgh 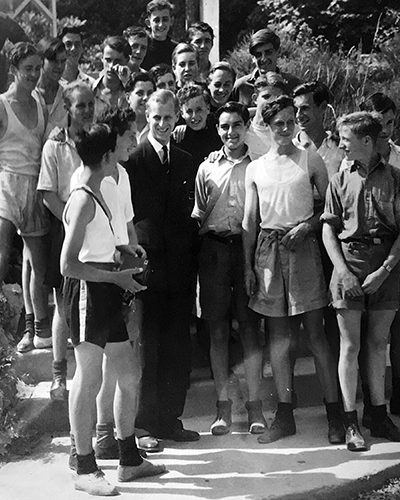 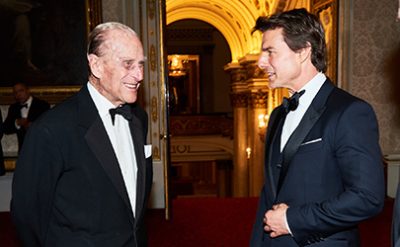 Patron of The Outward Bound Trust 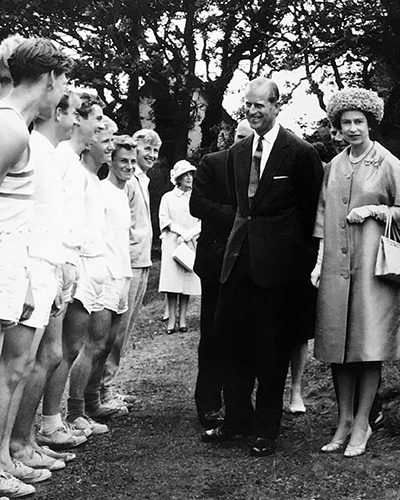 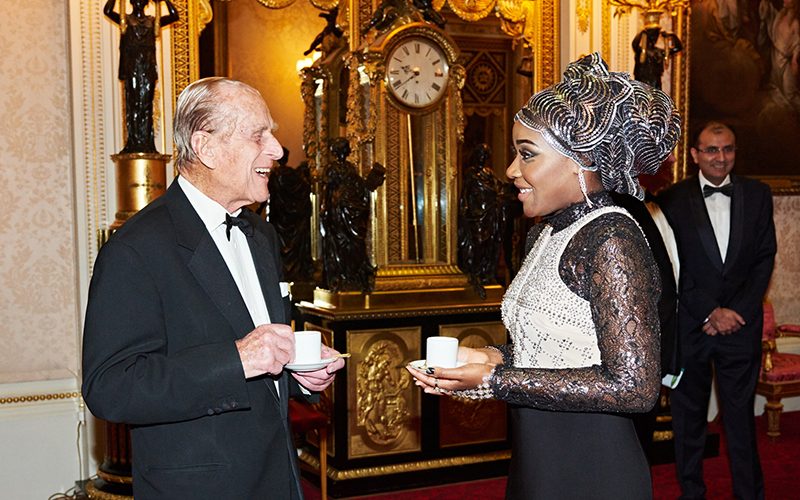 How the duke of edinburgh saved Outward Bound

The Duke of Edinburgh's support of Outward Bound

Nick Barrett, CEO of Outward Bound remembers the Duke of Edinburgh as a force of nature in gathering support for young people. “He would stand before a group of potential donors and tell them ‘a good business makes money; a good charity needs money’. He was a wonderful Patron. It was easy to like him and easy to admire him”.

Read more about his lifelong involvement 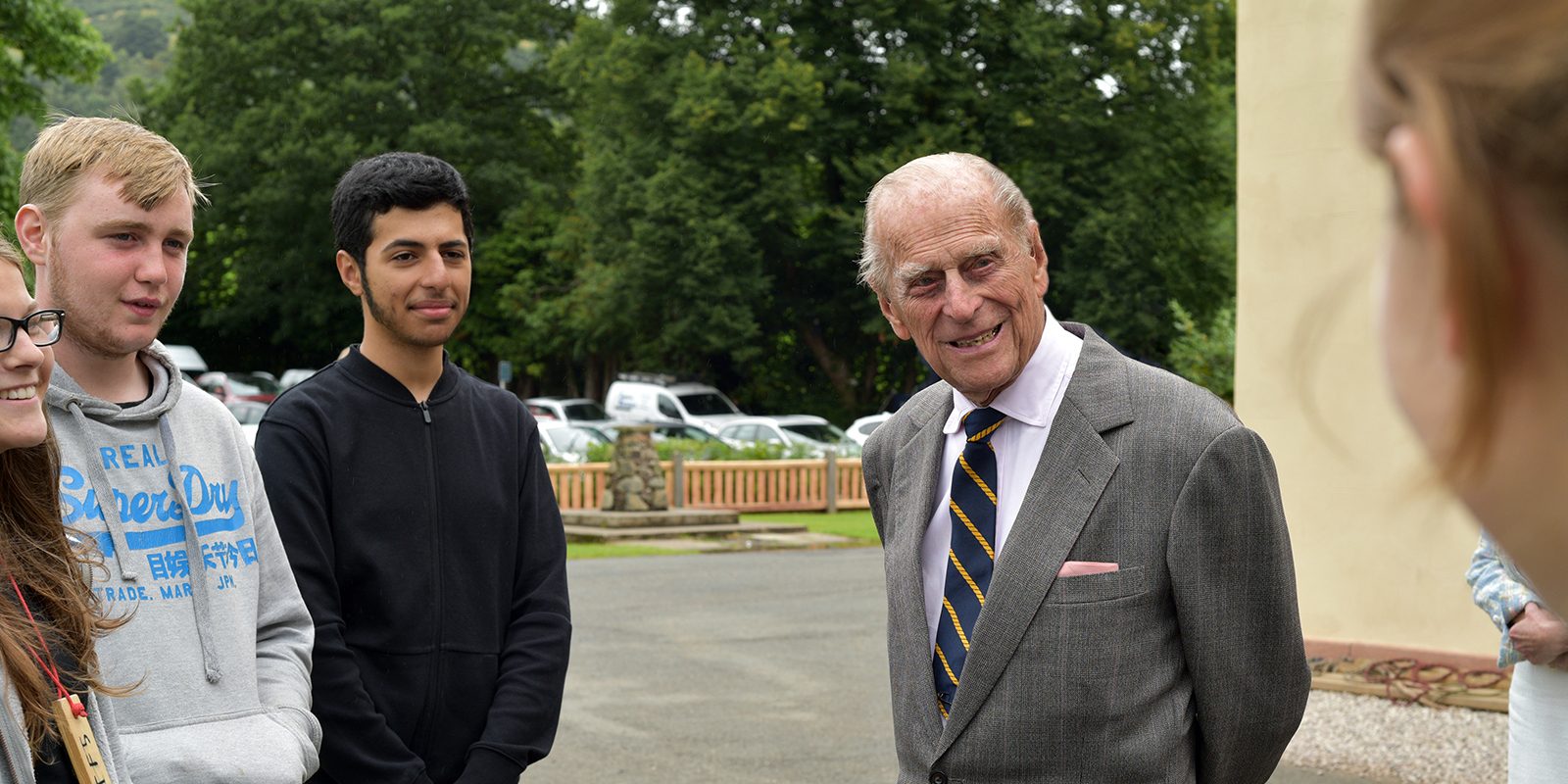