Alishba was a participant on our first outdoor leadership course aimed at young people from Black, Asian, Minority Ethnic (BAME) backgrounds. Alishba was introduced to our programme through her youth group: the Lindley Educational Trust.

As part of our programme review, we caught up with Alishba. Since taking part in Right to Explore, she has appeared on Countryfile and secured a scholarship with the Rank Foundation to work full time as an outdoor youth worker for the next 12 months. 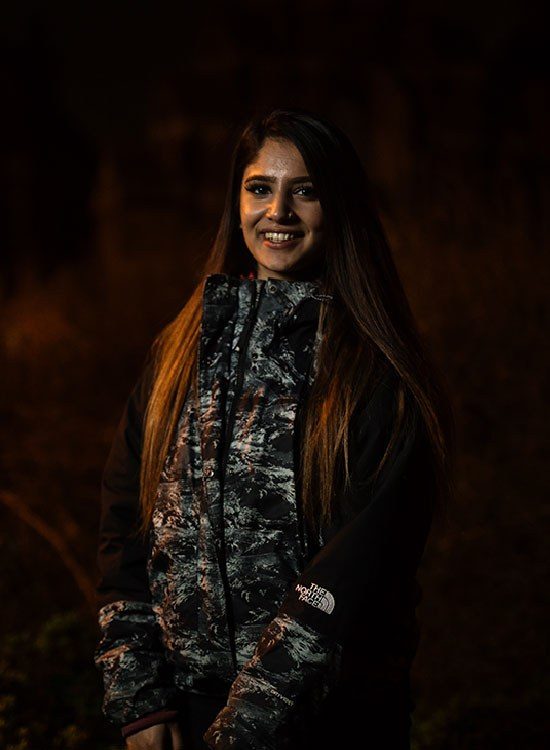 I was born in Belgium, my family are Pakistani and I’ve lived in the UK since I was four. I grew up in Ashton which is in the top 5% most deprived places in the UK, there’s a lot of drugs and crime, but it kind of just becomes normalised.

As a young person I was part of the Lindley youth club, starting from year 8. I had a lot going on at home and youth work was really an escape from that. I remember one of the first things we did was a winter trip to Snowdonia, well after all the fundraising to make it happen. At the end of that week we went up Snowdon. I can feel it as if it was yesterday, just being sat at the top taking it all in. I can’t even explain, it was like the best thing, something you can’t forget.

After that I started volunteering and just wanted to be involved in everything. It was like what started as a distraction became a passion. It had such an influence on my life as well… like I remember my mum saying to me, “you’re glowing.” I became more talkative and outgoing and also became Head Girl at school, which I think had a lot to do with those times outdoors.

In 2019 six of us were chosen for the Right to Explore Young Leaders programme where we went to the Lakes for the first week. I had a bit of experience outdoors but mostly on land, like in the mountains and a bit of climbing but this was a lot of watersports. Like doing the jog and dip… I can’t swim! So a lot of new things but it was the best experience. I’ve no regrets and am someone who’ll take every opportunity.

What were some of the highlights of the programme for you?

I think that first week made me feel a lot more confident. Like even with the kit that sponsor The North Face gave us, that was a big part of it. Getting free kit really helped. I didn’t have the right clothes before or the right kind of money to buy it. So I’m really grateful for that and that made me want to go out even more and get others into it too.

Also the outdoors isn’t very diverse yet, we’ll change that eventually but… like when we went to Scotland we got quite a few looks, not everyone is used to seeing South Asian people in the outdoors. 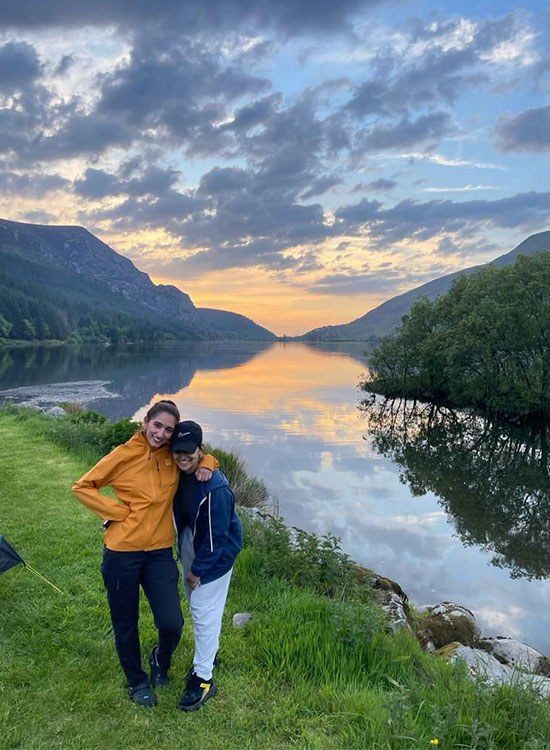 On the programme it was inspiring to be surrounded by so many others with a similar background and experiences. Getting to know people who’d been through similar stuff made me feel safe and not as lonely. Sometimes it can feel like its you against the world! But knowing there are other people out there like you, knowing you’re never alone, was amazing. I also think it’s opened lots of doors and definitely builds character. It’s matured me so much!

Rehna’s made a big difference too, I can relate to her the most. She’s come from a similar background to me and I can see myself in her in the future. She’s the Head of Youth Work in Ashton. If it wasn’t for her running that winter skills, I wouldn’t be here now!

Tell us what you’ve been up to since the programme finished… you appeared on Countryfile right? 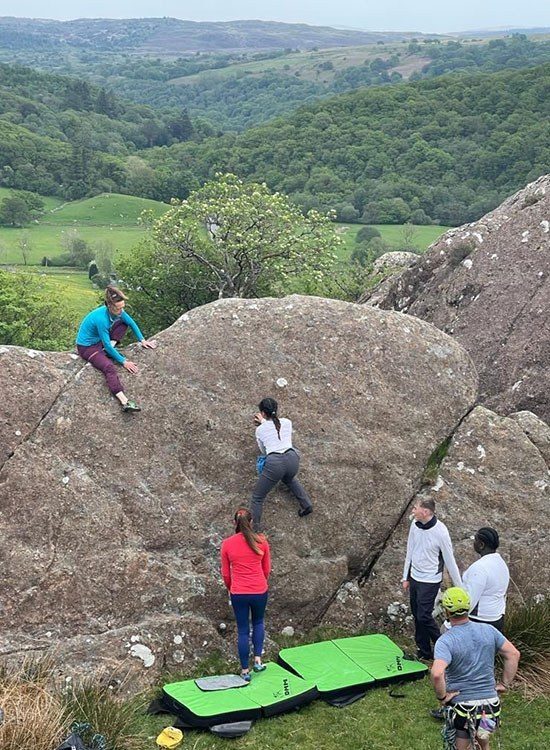 Yeah, in Wales again. It was beautiful and peaceful at the campsite. I just love the sunrises and sunsets and watching the stars. Unfortunately I had to leave early as I had an injury from falling off the bouldering. I had two breaks to my fibula, needed surgery, a cast for six weeks, then a boot for five weeks and have just started walking again. It’s not put me off though! When I got back, I watched it with my family, and some of the leaders locally had seen it. I was like “wow”, it’s nice to be out there doing what I love.

We also did a hill skills weekend at Lindley last weekend where the majority were Asian women, it was amazing to see so many women in the outdoors as that’s not been the norm. Knowing what an impact it’s had on me I really want to be in a position where I can give back to my community.

So what’s next? Tell us about your Rank Foundation Scholarship…

Well that came just after the young leaders course. That helped massively and definitely made me more of a leader and want to progress in that direction. So I have a year’s contract now, paid, working as a youth worker mainly in the outdoors. Rehna recommended me and I did some interviews and passed. It’s not that normal for Asian women to be active in the outdoors but for me, mentally it’s literally changed me as a person. Getting into the outdoors has had such a big impact on my mental health so I want to do that for other people. The Rank Foundation offer a bursary afterwards too so you can go on to do qualifications like Mountain Leader or character development like counselling.

At college I studied psychology as one of my subjects. It’s been so important to have that one person in your life, that’s consistent and like carries you through. For me that was a teacher at school. He saw a light in me that I never knew I had! I liked studying but I think I’m more of a practical person, I like to be out there helping people and doing something to make a change so this scholarship is great for that.

Is there anything else you want to add?

Just that’s the young leaders is a very good programme and I really hope it continues. It would be great if you can spread it out more. People might not know how to get into it so maybe going into schools would help. I would never have known about all this if it wasn’t for the youth club. It’s definitely needed to get more ethnic minority people involved and has made me want to pursue a career in this direction. 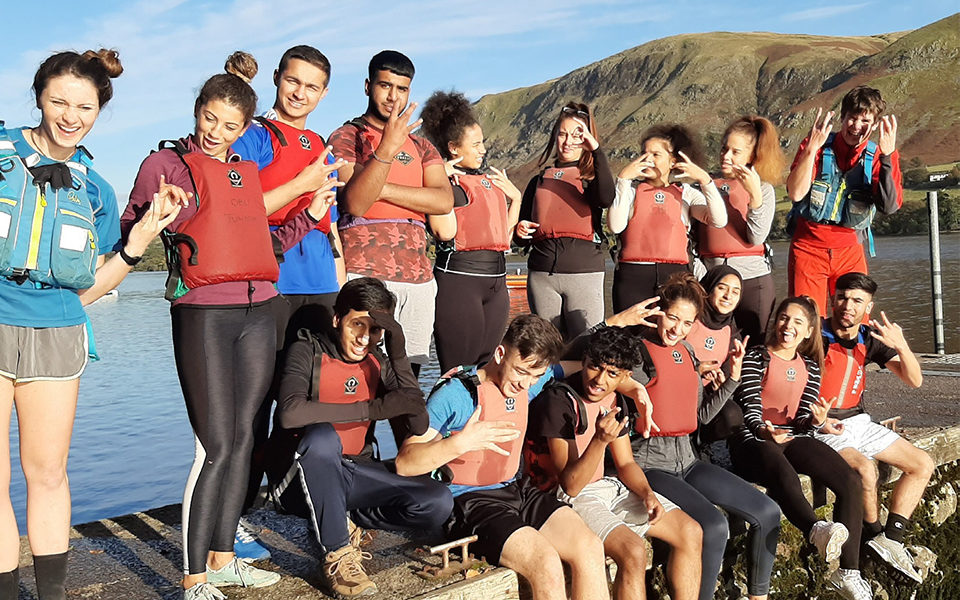