Travelling to equality
Back to our blog

the journey to a Women’s Outdoor Leadership course

It’s 1965. 24 young women gather for the very first female specific Outward Bound course in the US . Around the same time in the UK Rhowniar Outward Bound school is set up to provide outdoor adventure experiences for girls. For more than 20 years Outward Bound had been the domain of men and boys.

Fast forward 54 years and The Outward Bound Trust will run it's first Women’s Outdoor Leadership Course in the UK for eight women. This article explores some of the historical context, looking at why The Trust are investing in this area, before sharing information about the course and what we are hoping to achieve.

One of the questions that often arises when you mention women’s courses is “why?”. Followed shortly by, “what about men…? Will you be running a men’s course?” Similarly, on International Women’s Day, I was fascinated to learn that the most googled term was “when is International Men’s Day? ” (It’s November, in case you weren’t one of the people who did this.) This discussion often comes down to fairness. If we want equality, things have to be fair, right? The same for everyone. Except, the same often doesn’t equate to fair. Sameness only parallels with equality if everybody starts from the same place. Equity however, is a different concept which is about fairness and making sure that people get access to the same opportunities. Sometimes historical differences can create barriers, and to move towards equality we first need to ensure equity by creating opportunities for groups who were previously restricted in some way.

It is interesting to consider why, when explicit discrimination has been outlawed long ago, this in itself not led to equality? To answer this, it is helpful to consider the wider societal historical context, as well as how human brains work.

In the 18th and 19th centuries it was generally accepted that women were socially, emotionally and intellectually inferior, making them unfit for any kind of responsibility power or greatness. This shifted in the 20th century to the idea that women have a valuable and natural role as carers, mothers and womanly companions of men . Men were viewed as active and having a role outside the home. Women as more passive, there to be admired for their appearance, with their main sphere being in the home. Men led, women followed.

When the first girls were allowed to take part in Outward Bound in the US in 1965, it was quite the historic event and so reported upon. The expedition was written about in Seventeen magazine:

“I had expected an assortment of muscle-molls…. Instead, I saw two dozen feminine young women… ”

Of course, the idea that women could be feminine and adventurous was yet to catch on. There were significant fears that female participants wouldn’t be capable of meeting the physical challenges of this traditionally male space, or that adventure would somehow be de-feminising.

Such fears were widespread even though for centuries, women had pushed their limits in the mountains, reflecting that for nearly as long, they’d done so behind the scenes and rarely received proper credit, being recorded as “someone’s wife” or left unnamed.

Adventure was not a woman’s place in the eyes of society.

Today, these out of date ideas have been challenged and are gradually shifting over time, but research in 2019 also shows that some such stereotypes are very much alive and well . Understanding why matters if we are to move towards generation equal.

From a psychological perspective, it makes sense. We are receiving 11million bits of information in every moment but can only process around 40 . In order to make sense of the world and allow us to get on with life our brains have learned to filter the information by building guide images or templates to make predictions. However, to predict the brain first needs to learn a set of rules about what usually happens. The rules, and how we interact with the world, is based on what is found in that world and starts from the moment we are born. Gender is one of the most significant categorisations on which we build rules . Boys brave in blue, girls pretty in pink. But what if the rules we are unconsciously picking up are actually just out of date stereotypes? Those ever active shortcuts lumping together past truths, half-truths or even untruths bringing us into the realm of self-fulfilling prophecies.

Neuroscientists in the last 20 years have uncovered the brains remarkable capacity for growth and development throughout the lifespan. Gone are the days when it was thought that a person’s skills and abilities were determined in early life, and the myth of male and female brains is now being contested. Now we know that who we become is in fact a complex interplay between nature, nurture and environment. Beliefs play a significant role in development, in the types of learning experiences we engage with, and the roles we take on. If our brain-based guidance system comes across a situation where “people like us” aren’t generally found it can cause us to remove ourselves. To engage may feel uncomfortable or unnatural as “the rules” are powerful dictators of social behaviour.

The visibility of women being active outside the home, pursuing goals, leading and being valued for their contribution to society presents a powerful contra-narrative to the stories of the past. Today we see this in the corporate sector with the make up of companies’ boards and workforce being challenged and action taken to ensure diversity is enabled. We see it with the investment in Women’s sport, and the success and visibility of the Women’s football, cricket and rugby.

Representation matters, as it shapes “the rules” and automatic shortcuts of the future generation.

Seeing women adventuring and leading authentically contributes to a shift in perspective. Social movements like The Adventure Syndicate, led by Lee Craigie and Jenny Graham, who ride their bikes incredible distances each year and run bikepacking expeditions inspiring teenage girls, challenge the notion of what women are capable of. Adventure Queens, led by Anna McNuff, who is currently running barefoot around Britain inspiring groups of girl guides along the way, invites the next generation to question what they could achieve. And Love Her Wild, led by Bex Band, running events and expeditions all over the country invites women of all ages and backgrounds to join in and go on to pursue their own adventurous lives.

Within the outdoor sector there is also a huge amount of positive momentum towards gender equality with British Canoeing’s female ambassador programme, Glenmore lodge holding the Women in Adventure conference each year, the BMC holding their Women in Adventure Film competition, and the independently run Women’s Trad Fest. Publications such as Waymaking are celebrating the stories of adventurous women.

People are writing a new story. One where it is normal to be muddy and beautiful, confident and likeable, driven and caring of others, tough and feminine, brave and vulnerable (in fact perhaps they are parts of the same thing).

This course is about recognising the outdoor sector and particularly Outward Bound’s traditionally masculine history, acknowledging that this may create conscious or unconscious barriers in moving towards a more gender balanced instructional team and taking positive action, based on the principle of equity to support progress. Here we return to the why, and consider some examples.

There is a lot of research now which shares how many women have different experiences to men when it comes to applying for jobs, pursuing career progression opportunities or taking assessments. In short men routinely overestimate their ability and competence, while women under-estimate both. Despite there being no actual difference in performance . This is hardly surprising given the history described above, and goes some way to explaining why outlawing discrimination alone has not led to equality. The course gives aspirant female instructors a space to explore this phenomenon which disproportionately affects women in their careers.

Of the forty applicants for the Outdoor Leadership course, there were several common themes in terms of what aspirant female instructors felt may be limiting them in some way. For, example, a feeling of needing to be over prepared, and 110% ready before going for jobs or assessments, mirroring the research above. Others described how self-doubt regularly manifested as a limiting behaviour or avoidance and this, for some women, was triggered by a lack of female peers and role models. We want to offer an opportunity for women to be trained by women, alongside women. Something which is the norm for males in the industry.

The purpose of the Women’s Outdoor Leadership Course is to develop well rounded, aspiring female instructors with the readiness and desire to work within The Outward Bound Trust following the course. This is so that female participants have positive female role models and see more women in leadership positions when they engage in an OBT course and impact is increased.

It is a 10 week programme of personal adventure and development, mixed with opportunities to work with groups of young people alongside experienced instructors, in the kinds of environments required to gain Summer Mountain Leader, Rock Climbing Instructor and Paddlesports Leader. It’s a blend of technical skills inputs, group experience, understanding psychology relevant to personal development /reaching potential and structured mentoring.

The journey so far has been really positive with around forty quality applicants for eight places and much supportive commentary around the launch of the course. This is new for Outward Bound and like any true adventure we don’t yet know what will happen. We hope it will influence the stories of eight women, the future leaders and role models of tomorrows girls. Ultimately we aspire to learn more, to drive future actions towards equality. 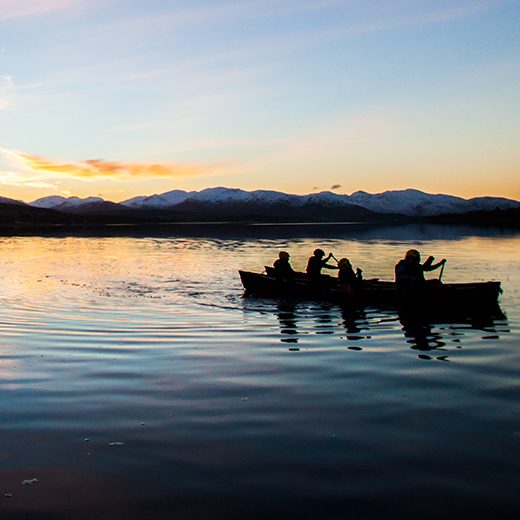 The joys of winter

Nick Rhys Senior Instructor at Outward Bound tells us why winter is so powerful. 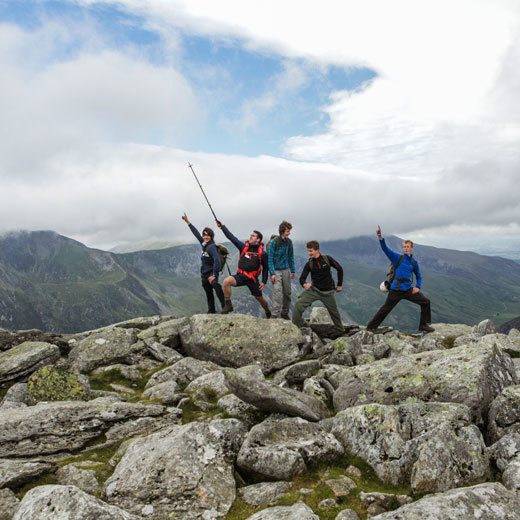 Write your CV in the wild 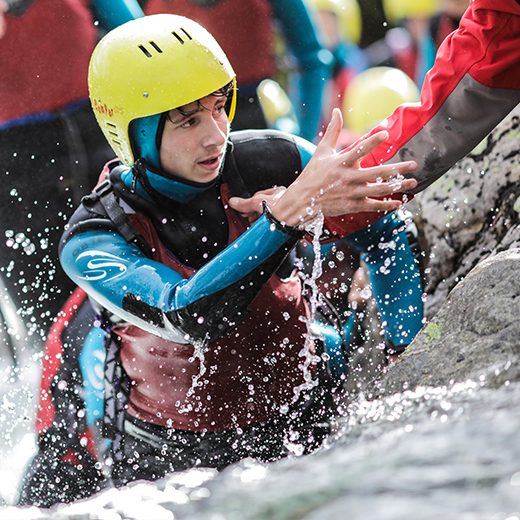 How can you teach resilience?

We explain exactly which behaviours lead to increased resilience