How important is heritage?
Back to our blog

How important is heritage?

We’re 80 this year. It’s quite a milestone for us. The Outward Bound Trust was founded in 1941, during some of the darkest days of our history, and we now work with 25,000 young people every year. Our mission has remained constant – to help young people defy their limitations. We have alumni who can remember the early days of Outward Bound and the impact it had on them. But how important is it to look back? Can our past help us in our future?

In 1913 Kurt Hahn, a young Jewish German, travelled to Scotland’s Moray coast to recover from surgery. 20 years later, now a progressive educationalist, he was released from Nazi imprisonment and once again sought sanctuary on the Moray Firth. In 1934, he opened Gordonstoun school. As the Moray Firth was a potential target for invasion during World War II, Gordonstoun was evacuated to Wales. And it was there that in 1941 Hahn and Lawrence Holt launched what would become Outward Bound.

Holt despaired of the number of young sailors who were dying at sea during the war. Many lacked the skills needed to survive. Whether that was practical knowledge of how to escape a sinking ship or the physical strength to do so after growing up during the depression. But mostly, he saw they lacked the determination to survive in the face of extreme adversity. They didn’t have the tenacity of the older, more experienced sailors they fought alongside.

Holt and Hahn were convinced that the best way to protect these young men in 1941 was to use the power of learning and adventure in the outdoors, to teach them how to manage risk, to build themselves up and to develop resilience, self-belief and confidence. And it worked. Thanks to their vision and the dedication, skills and creativity of key individuals like Jim Hogan and Dr B Zimmerman, Outward Bound (put simply) became a four-week fast-track course in staying alive.

Today young people aren't facing the enemy on land, air and sea. But the threat to their lives is reported daily with the enemies of inequality, mental and physical health problems, hunger, obesity and excessive screen time. The pandemic has magnified it all, not least as for the past 18 months we’ve kept young people away from society, home from school and routine, with limited fresh air and freedom to roam.

Sometimes only by looking back do you reflect on the value you bring. Outward Bound and our supporters are the modern day equivalent of Holt and Hahn. We’re putting young people front and centre to help them not just survive this pandemic, but thrive. Our courses help them to appreciate that they have choices and to truly feel that their wellbeing is as important as anyone else's. To understand how to manage risk, to work as a team and communicate appropriately. And most importantly that they can defy their limitations and achieve whatever they set their mind to. Put simply, in 2021 Outward Bound is a fast-track course in feeling alive. 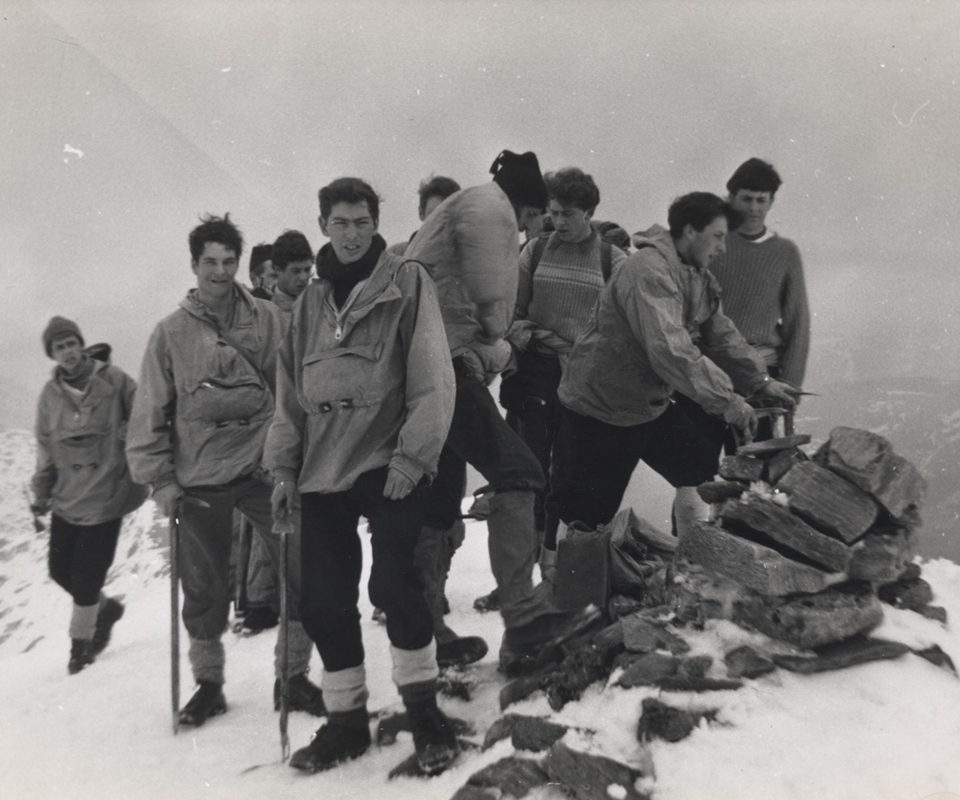 There’s no doubt, COVID-19 has had a significant impact on our charity. Your gift will support a young person to attend one of our programmes and realise they're capable of more than they think.

Donate to our 80 anniversary appeal

Outward Bound have been fortunate to have some amazing supporters, pioneering practitioners and practices. Visit our history pages to find out more about some of these....