Stuart Clarke
Back to alumni stories 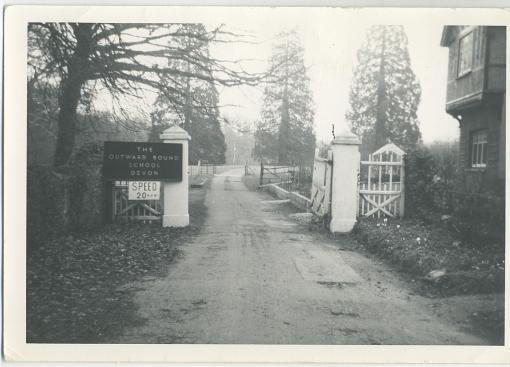 I took away a strong sense of achievement & pride as well as learning principles to live by...

Firstly I got married a year later in 1970, and am still married, with three grown up sons.

Secondly, instead of continuing my career as a carpenter and joiner, I eventually became a Baptist Minister in 1976, and have ministered in East London, Leicestershire, Pennsylvania, St Leonards-on-Sea and Plymouth.

Thirdly, I still wear my OB badge with a strong sense of achievement and pride. I have used the motto 'To serve, to strive and not to yield' on many occasions - in talks to adults and children alike. The crest hangs on the wall in my office this very day, as it has since I returned home with it all those years ago.

Fourthly, I still use many of the principles I learnt on the course, not least the one that taught me to, 'Always look after the person just behind me and ensure their welfare'....

I well remember, whilst on the course, wishing that the chap in front of me had applied it whilst we were experiencing the delights of potholing. I was a member of the Drake Patrol, and we had cycled to a particular place and dismounted; within minutes we were exploring underground, and somehow I ended up as 'last man'.

A few of the lads had lanterns, but it was deemed unnecessary for the last man to need one - apparently, all he had to do was look up the line and observe the lanterns ahead of him. About halfway through the exercise, we appeared to reach a 'wall' of rock, with a small opening about 5-6 feet above ground level. We were ordered through this opening, so number 2 helped number 1 up into the opening, number 3 helped number 2, number 4 helped number 3, etc... I obviously, therefore helped number 11, who, incidentally, had a lantern with him, and once he was up into the opening, he moved ahead to catch up with the rest of the patrol - and left me totally alone and in darkness!

I suspect it was sheer panic that enabled me to hurl myself up, in and through that opening - after a few abortive and scary attempts!

Eventually, I caught up with the patrol, and have to admit, that I gave number 11 a few sharp words of 'advice'!

All told, the four weeks were an incredible experience and privilege and I find that I am grateful on a daily basis, even after all these years, for the life-skills and character-building that I experienced.

And finally.... Another story from those heady days!

It concerns the Final Expedition; our team of four were dropped by coach about 70 miles away from the base, in torrential rain. We were given our first map co-ordinates and a 'clue' to guide us, and off we set. Within seconds we were soaked through and cold. The pressure of having to return to base within three days by a certain time in the afternoon was scary, which intensified when our team leader went sick - I think he was suffering with hypothermia - less than 24 hours into the expedition. I broke the rules and telephoned the base, but was basically told to get on with it! So we pooled our very meagre finances and almost carried our leader to a village where we found a small cafe; here we bought him some hot food, which seemed to help him. I then took charge and we tried our best to reach all the map co-ordinates that had been designated to us. When I realised we were running out of time, I decided we'd skip a couple of these references and just try and get back in time....which we did with about an hour and a half to spare. It was a very special moment to be awarded our badges for completing the Final Expedition, something I'll never forget.