Stephen Robertson
Back to alumni stories 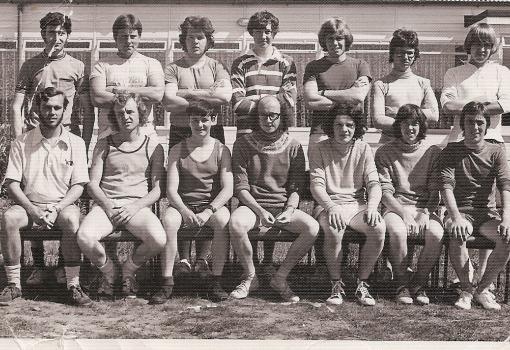 I was 18 at the time I attended the Moray Sea School in June/July 1973. At the time I was a Police Cadet with the Gloucestershire Constabulary, based at the Headquarters in Cheltenham.
At the time I was like most 18 year old's and very fit (or at least I thought I was)
The challenges I faced over the next coming weeks made me realise there was a lot of room for improvement.
When we first arrived we were sorted out into Watches (or dormitories), Unfortunately I can't remember the name of the watch I belonged to.
I do remember however that we were a complete "mixed bag" and came from a variety of backgrounds. There were quite ones and loud one's. There were "tough nuts" and the studious.
Some were on apprenticeships, and I remember at least one was sent as an alternative to a correctional center.
The one lasting memory I have is just how, over the next coming weeks, this "bunch" were molded into a Team. A team of individuals who looked out for each other and Cared about each other.
The whole experience brought out the quiet ones and calmed the rowdy.
We soon settled into the School's routine. The early morning runs followed by the cold shower (or Hose Pipe)
The course was basically divided into activities of Seamanship and Mountaineering.
One of the expeditions we undertook was to sail from Burghead, down to Inverness and through the Caledonian Canal and into Loch Ness. We sailed half way down Loch Ness. At this point we were met by the other half of the team who then took the boat back to Burghead. We were then taken back to Burghead by Truck.
As I remember the expedition lasted about 3 days and camped on the way down. I remember camping on the side of the Caledonian Canal for one night.
Another expedition I remember well was our trip into the Cairngorms which I believe lasted for 4 days. This was undoubtedly my toughest challenge of the course and tested my abilities to the full. I vividly remember the top of Ben Macdui being covered in a thick mist. We had to send someone forward just as far as we could see them. Then take a compass bearing on them and walking forward. Repeating this exercise until the visibility improved.
There were many other challenges we experience during our time at Burghead, too many to recall now but perhaps my one lasting memory was at the end of the course. This being when your name was called to go forward and collect your "Badge". As I remember at the time, we were told it was up to us, the individual, whether we accepted it or not, as we were the only one who knew if we had Earned it !
I still have my badge and wear it over 40 years later. Probably the hardest thing I've ever earned and it's worn with pride.
I'm on the back row of the photo. Second from left.