Roy Barbor
Back to alumni stories 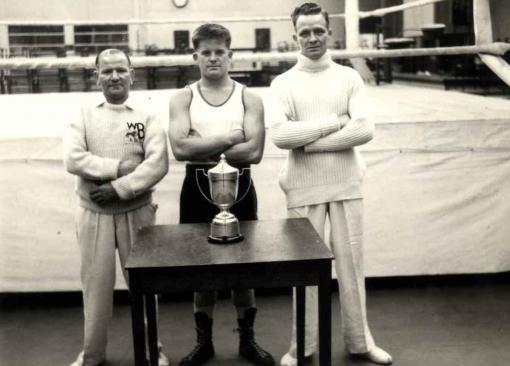 I left school with a choice of two jobs. One down the mines or a factory job. No way down the mines for me. I decided to take an apprenticeship at the British Belting & Asbestos (B.B.A) Cleakheaton. I wanted to join the Merchant Navy but my mum would not sign the entry form. Dad stayed in the army a while after the war.

It wasn’t until later in life that I realised what asbestos was. Thank God I have always been healthy.

B.B.A Cleakheaton sponsored me to go to Outward Bound Mountain School, Eskdale. I went there and really enjoyed it. Below are a few extracts from my log book during the course:

“We got up and did 5 minutes running on the spot then a very cold shower – we could not dodge it. We tidied the dormitory and had to rush as we were on duty and get ready for breakfast. After breakfast, we changed into old clothes and went for a ramble, taking our dinners with us. We got back about 5’o’clock”

“Got up about 7.30. Me and Dennis made the breakfast and at about 10 o’clock, we set off for a day’s climbing. We had a go at climbing Great Gable. I slipped once but stopped myself with my ice pick. We clambered all the way down. We arrived back around 3.45 and had a cup of cocoa to warm our insides, and lit the fire”

“We split up into 2 parties; my team went Great Gable way. Half way up the mist came down thick and we got a bit lost. When it lifted we realised we were only about 300 yards off the pass we were looking for! It took us about 3 ½ hours to the Wasdale Tarn. We had a meal there and then headed back for school, which took about 4 hours. When we returned, we were allowed a warm shower”

Shortly after my course, I got my papers for National Service. The visit to Esksdale, what with sport, fresh air and exercise I decided to do my National Service at 18 years old instead of 21. When I was 18 I went to Rhyl for my training as a Wireless Operator. I was at Rhyl while Randy Turpin and his brother visited camp. He was training for his fight with Sugar Ray Robinson – which he won. Boxing was my number one sport. I boxed as a schoolboy before medical cards were issued.

I was posted to Germany were I also boxed. I boxed again in the R.A.F. a young Brian London (nee Harper) was in the opposing team. I boxed for Wilmott Breeden for 10 years. Shortly after I was asked to help the local youth club in Hobs Moat; I ran it for 36 years! I packed up 3 years ago to become President of a new club – now one of my old boxers is their trainer.

Looking back now I remember Eskdale, the joy and fresh air everywhere. My time there was a godsend and aided me with my early army life. Now though, time to settle down to fishing and visiting my Grandchildren!