Ron Blundell
Back to alumni stories 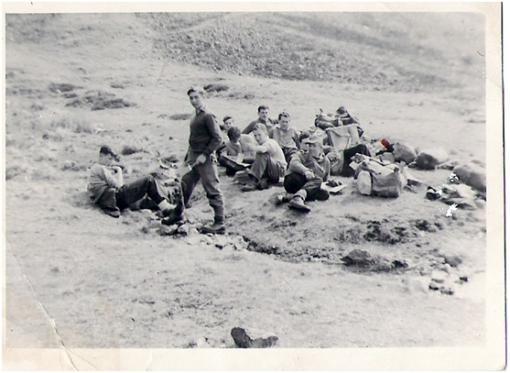 OUTWARD BOUND COURSE U48
MOUNTAIN SCHOOL ULLSWATER
2/4/60 – 30/4/60
I first applied for a bursary for a course with Outward Bound with Somerset County Council but after the interview was told to reapply the next year as I was relatively young only having just turned 17. I was disappointed because in a year’s time I would hopefully have started employment after completing my two year Engineering course at Somerset Technical Training College.
I was told through scouting contacts that Wills Tobacco in Bristol did offer bursaries. I applied and after an interview and a one to one dinner with the Chairman at their HQs in Bristol I was awarded a full bursary. There were no conditions attached and I look back on those years of generous support by large companies as a golden time.
At the time of attending course U48 I was then a Youth-in-Training (apprentice) with Post Office Telephones. In order to attend the course I used my two weeks annual leave and two weeks special (unpaid) leave.
These notes were written looking back over more than 52 years at a time in my life that was lived in a world very different to that of today. The text in italics are the unedited notes taken from my log book written at the time by me aged 17years 11 months.
After a two week holiday near Ullswater Outward Bound in September 2012 I decided to reinterpret my notes primarily as a retrospective exercise and to share with other OB alumni...: