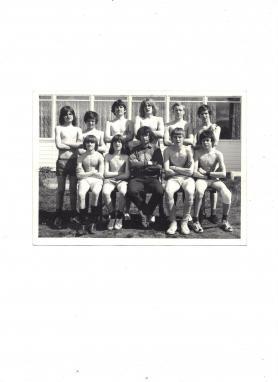 In 1972 at the age of fifteen I attended the Moray Sea School Outward Bound. What I learnt during that outstanding character building experience undoubtedly has stood me in good stead during my life, though the Royal Marines, the Royal Australian Navy, the Business Sector and for the last ten years, the Voluntary Sector.

I had never ventured to the remote north east of Scotland before (although I had, to Argyll, where some of my family lived). I was dispatched by train from London on my own, not really knowing what to expect. I discovered that I was the only privately funded youngster and found myself amongst soldiers, young offenders and people form every part of the country and walk of life. I was in a fascinating strange territory but through the ethos of Outward Bound, I realised quickly I had to make a good account of myself and learned above all the importance of working as a team, through which I discovered a natural ability to lead within that environment.

The most striking lesson I learned was discovering an ability to make the very best use of the resources at my disposal, in the most practical and effective way. This came about when our junior watch of twelve, in competition against the others, including the seniors, were faced with the challenge of getting over an eight foot wall.

There were some quite big chaps in my watch and I remember suggesting, (keeping the tallest back) that four other taller ones pair off. Facing each other with their hands linked, shoulder to the wall, I encouraged the remainder, two at a time, to step up, be thrust up to position themselves on top of the wall and be ready to receive the next lot. The first two went up grabbed the next two and then paring off again at the top, we all went up and over two at a time with the last, the tallest remaining, being hauled up and over. We completed our task savagely winning the competition whilst the other watches were still running and trying to jump the wall… I was made watch captain and won the Merit Award (the first awarded for two years, apparently).

I attribute that early and invaluable ‘Cresting the Wall’ experience directly with developing my drive and determination to later engineering joint working between third sector agencies; the recent success of which has seen two key charities merging into one more cost efficient organisation.

We live in grim times in Britain today but if there is one way of turning the tide to produce a generation of young people who can gather some joint social purpose for the good of this Country’s future, then an encounter with Outward Bound is in essence something every youngster in Britain should experience.