Peter Graham
Back to alumni stories 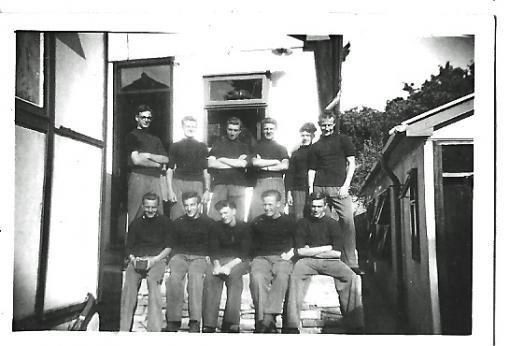 Recently, whilst on holiday in Wales, we decided to see if the Outward Bound School, as I knew it, was still in Aberdovey. I had been on Course 151 which ran from the 30th July 1955 for four weeks and had made a lasting impression on me. We drove down the road to Aberdovey and there it was! Entrance much the same but a great number of new buildings and as we turned into the main car park there was the original headquarters plus attachments and what look like the same flag pole and bell that I remembered from 58 years previously. The date was 8th August 2013 and we were made most welcome by the staff who showed us around.

I first arrived, in 1955 aged 16years and 3 months, after being accepted as a Deck Apprentice with Shell Tankers providing I acquitted myself with the Outward Bound School and later the King Edward VII Nautical College. I feel that my arrival at the Outward Bound was the end of my boyhood and the very beginning of my working life. Previous to this I had been a Boy Scout and been away camping, also early morning paper rounds, so I found I enjoyed the outdoor life. Life at the School was brilliant as we were all sorted out into various watches mine being Raleigh Watch. The bases of the Outward Bound was drummed into us right from the start and we all fell into the spirit of the place very quickly. Early morning dips into the river and cleaning our watch huts gave us a great appetite for breakfast and as far as I can remember the food was plentiful and good. We all seem to gel quickly together especially with the first hike around the "local hills" to acquaint ourselves with what we would face in the future especially the 30/35 mile hike over Cader Idris. The sailing boats and canoes down at the "wharf" were great fun and learning knots and splices indoors when the weather was inclement , was fun as well. Most of the instructors were ex service personnel and there was no slacking on our part and the discipline was tough but fair. One instructor who was tough and seemed to be unfair to us, had his favourite hat pinched by one of the lads and put on top of the mast which caused a stir and lots of shouting and dire threats!

I have included a photo that I recently found of the members of Raleigh Watch in front of our quarters (huts!). Sadly the names are missing but I do remember one and that was Tom Cherry who I believe went on to be a steward with Alfred Holt. Seem to remember on one of the hikes he collapsed and we found that he had very bad blisters which had burst. He insisted that he would carry on but our leader, who I think was called Mr Hobson, phoned the school and a car took Tom back. Think he may be in the back row on the far left. We admired him for his courage

I always feel that the spirit that was put into us served us well for the rest of our lives. I remember that when I joined my first ship in Barrow-in-Furness the following January I didn't feel any fear but looked forward to the whole experience, even though I was the lowest of the low - a first tripper!! Even now going into the Outward Bound Trust at Aberdovey brought on a great feeling of excitement and anticipation of what we did all those years ago.

I am now a retired mariner with a Masters (Foreign Going) ticket and I spent 32 years at sea. I shall always remember those 4 happy but hardworking weeks and feel they set me up for the rest of my working life, with the confidence and the ability to help others and enjoy my sea going career.

Best wishes to you all and the work you do for the young. You are even more needed these days than you were in those days long ago. I am also proud of being an "Outward Bounder"