Patrick Hollis
Back to alumni stories 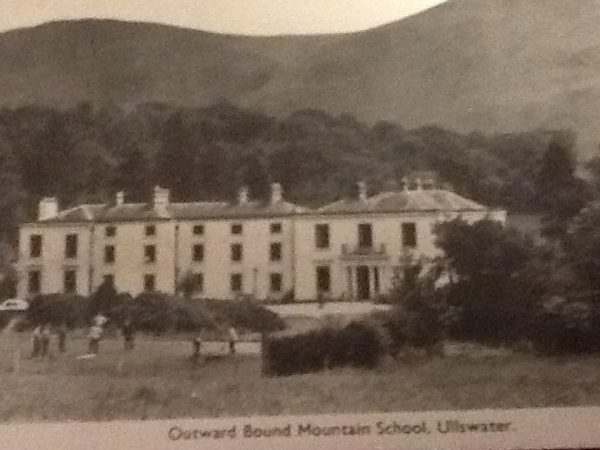 I only found this information out a couple of years ago, when i revisited Ullswater to show my wife the lake I used to jump into at 6.30 every morning back in my long lost youth. And on making myself known to the very obliging ladies in the office, they with the utmost efficiency produced every bit of information, including a course photograph, regarding my stay in January 1960. Wonderful things computers. I was totally taken aback, because in honesty the only record I had prior to that was a postcard, written in pencil to my Mother, saying " I am Patrol Captain now, just off for four day scheme, would you please send 7/6 - 10/- to get home with" that was postmarked Keswick 15 Feb 1960.
For what I remember, I was the first chap from Hastings to be sent on an Outward Bound Course to be funded by East Sussex County Council. I was Head Boy at the local Technical school which gave me a bit of advantage, but I did have to undertake a number of interviews in order to be selected.
So I really didn't have much of an idea of what I was letting myself in for, because there was nobody who I could ask! We didn't have much money, so I really don't know where we got my boots etc, I think it was army surplus.
In the 60 years since I left Ullswater my life has had many challenges, but somehopw the experiences that I had in those 26 days stood me in very good stead, both mentally and physically to cope with and adapt to the numinous experiences I was to encounter. 18 months after leaving Ullswater I applied for and joined the Royal Marines. After a year long training I successfully passed out and awarded a green beret. Having experienced the Lake District in mid winter Dartmoor was a walk in the bog! I served for seven years in various Commando units in Aden, Sarawak, Borneo ,Singapore and again life was all about team work, here we called 'esprit de corps'.
When I left the Marines I went into the Hospitality Industry. 12 years running Hotels in various locations in Kent and Sussex and then in 1981 I joined the ferry industry and was based in Dover.