Martin Somerville
Back to alumni stories 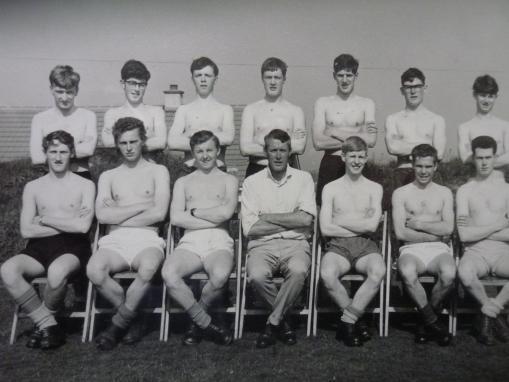 In 1964, I was nearly eighteen and working as a British Rail clerk in a Central Accounting office in Stevenage New town, (as it was called then) when, in June, the company sent me on a four week Outward Bound Course at Burghead, near Elgin in Scotland. Character building they called it!

I was apprehensive at the unknown, on a long train journey and on entering the centre. After introductions by the Warden I was allocated to Vernon watch (no10), met our watch leader Mr Clayton and the other 12.

Each morning began with a wake-up call at 6.30, quick change into gym kit and a run across sand dunes, down to the seas edge, halt on a whistle, run in to a second bleep, stand at waist level, final bleep, the whole body immersed. Brrrrrrrr, out, cold, run back, change, breakfast.

The first two weeks focussed on getting us fit for the final expedition. We ran, jumped, used equipment, and swung on rings and over vaulting horses. Classes on map reading, survival craft, cooking, first aid, sail training, and team activities.

The main event, a ten day expedition, started by us sailing in several small ketches from Burghead to Inverness, We then cycled 50 miles inland to central Scotland where we camped in a wild, place miles from anywhere. A vivid memory was a gale (called a hoolie) whilst camping near Achnasheen, Four of us were in a Blacks “Good Companions” 4-man tent. In the early hours a similar tent, adjacent to us, with 4 in, was completely ripped off the ground sheet and blown away, leaving the occupants exposed to extreme weather. They all had to pile into our tent until a mountain leader sorted things out. He was a short wiry man who ran around in shorts and an anorak and was to my eyes tough as old boots but a bit mad. One of the group suffered hypothermia and we had to carry him down the side of a steep valley stream in the cold pouring rain in the early hours of the morning on an improvised stretcher. It seemed like miles to a road, where a backup vehicle picked him up

We continued walking for several days until we reached Shieldaig where we joined the Prince Louis, known as the “Spewey Lous”

We quickly settled into the routine of three “watches”, eating in shifts, getting cold, wet and wind swept. The sailing out towards the Hebrides was exhilarating and on my birthday, mid-journey I was covered with boot polish!

Another recollection was being on the bridge in the very early morning 2-3 am with the Bosun, as every one else was seasick! Later that day one of the trainees, who had been fearful of us hitting something or sinking, came running up in a fluster, “ captain there’s land ahead what are we going to do?” Don’t panic its 3 miles away! He needed reassuring that we could avoid it!

So what to make of this? The experience of being tested in new ways and finding I could learn new skills, adapt, work in a team, take the rough with the smooth and have a laugh, has stood me in good stead in later life.

I am now retired and it’s on reflection that the impact of Outward Bound sinks in.

I have over the years “plugged” Outward Bound to various people I thought might benefit, but have no idea if any of those I spoke with ever had the opportunity I had, I do hope some did. Author is in back row second from the left