Lawrence Allum
Back to alumni stories 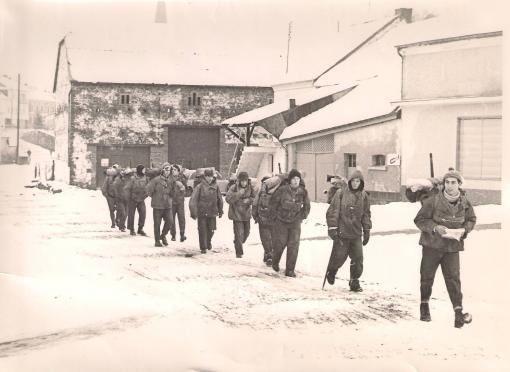 The Outward Bound Alumni website had never come to my attention until just recently when by chance, I am pleased to say, (some may even say divine providence) whilst searching the internet that I happened to find the website and the letter from a past Outward Bounder, David Bull. After 43++ years it was a lovely surprise to read his recollections and I would just like to echo David's sentiments on our month in Mallory patrol at Ullswater Outward Bound Centre back in that freezing January of 1968.

Less than three months after Outward Bound I reached my 19th birthday and decided to transfer from the Essex Police cadets to become a constable in London's Metropolitan Police and following initial training was posted to Notting Hill. After 4 years experience of life in the capital I was overcome by a desire to travel and left the police to work and travel overseas. On returning home I decided to take a different direction of career and embarked on studying a combination of sciences at A level whilst working part-time to pay my way through until matriculation to university.

In 1978 I graduated with an honours degree in pharmacy and went on to complete my postgraduate year at Guy's hospital in London. Unfortunately my career was set back following hospitalisation for 3 weeks when a truck drove into my path while on a motorcycling holiday in Denmark. Despite delaying my registration by 4 months I managed to pick-up my career working in community as well as hospital practice. For the last 9 years of my career I have worked in a government commission applying the experience acquired in my career to the regulation of medical services for vulnerable people in social care. I recently decided that having undergone two operations under general anaesthesia last year and after 32 years as a pharmacist that I would retire.

It must sound like my life has been dogged by medical problems, and I suppose I've had 7 operations under general anaesthetic in my lifetime; even during Outward Bound I suffered an acute sprain to my ankle on the assault course. But it didn't stop me continuing with trekking in Luxembourg, which David referred to, and I have included a photograph of the occasion showing Mallory patrol with myself in front and David seventh person from the front. Fortunately I've not had to face such critical surgery as David's kidney transplant. It was interesting to learn of his involvement in talking to pharmacy students in Liverpool, from which I'm sure they have gained significant benefit from David's perspective as a patient with experience on the receiving end of medication and all its pitfalls.

Towards the end of each intake at Ullswater OB there was a concert put on by the patrols. The OB Centre had an old guitar on which I provided accompaniment to a folk song made popular at that time by Trini Lopez under the title If I Had a Hammer. That song included such poignant lyrics as Hammer of Justice and Bell of Freedom and Love Between my Brothers and my Sisters all over this land.

It seems ironic that following our respective Outward Bound experiences our careers have reversed with David directly following a police career whilst I eventually moved away from my police career. However, I would like to think that we have perpetuated the aspirations of the concert song and believe that the experience we gained in Outward Bound has played its part in helping us, and others, along our pathways through life.
Posted 26/04/2011