keith davies
Back to alumni stories 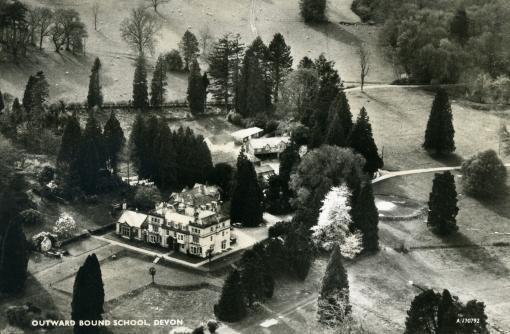 I went to the Outward Bound School at Ashburton in Devon at about 1963. I was given the opportunity by Ford Motor Company Ltd as I was a trainee at their Trade School in the chassis plant at Dagenham.
My time at the school was during the summer months and there were about 100 plus boys on my course split into teams of 12.
It was the first time I had been away from home on my own and it was all a bit strange and took some getting used to.
Every morning we had to run from the school to the local river which I believe was the River Dart and jump in, if you did not get your head below the surface of the water you had to get out and do it again. That river was cold. . We then had to run back to the school and get ready for breakfast. I do remember one morning when we got to the river it had been raining heavily and the river was swollen and running to fast, so we ran back to the school and had a cold shower and that was even colder than the river.
I remember the first breakfast which was all greasy, eggs, sausages, bacon and fried bread all swimming in grease. That first morning was like a market with eggs being traded for sausages, bacon for fried bread and so on. The second and subsequent mornings you were so hungry you ate everything that you could get your hands on, there was no giving food away anymore. Afterwards each team took it in turn to do the mountains of washing up.
There were also room inspections where an instructor would check that beds were made properly, the room was clean and dusted, and he would even run his fingers along the tops of the doors and cupboards.
There was a lot of exercise and cross country running, map reading, camping, canoe building and canoeing and a great deal of competition between the teams.
On one occasion we had to do a night camp on your own, pitch your tent, build a fire, cook a meal and survive the night in the open countryside. A daunting experience for someone who had never left home before.
On another occasion we went on a canoeing trip and were to head for Drakes Island, we reach Plymouth Sound late afternoon and our instructors directed us to head for Drakes Island. Unfortunately the wind picked up and the sea started to get rough which caused two canoes to capsize. We rafted up and before we knew what was occurring the river patrol were along side us and pulled the two capsized canoes on board and the boys that were in the sea and took them off to a destroyer which was anchored nearby and we were directed to follow. We were soon all on board the destroyer getting hot drinks and drying out. Later that evening two landrovers turned up from the school and we and the canoes were ferried back to the school arriving well after midnight. The incident made the local newspapers and we all thought we were heroes having been mentioned in the newspapers.
The final task apart from the sports day was a hike across Devon. We were taken out in a landrover and dropped somewhere in Devon with all our equipment and a map and we had to get back to the school as best we could. It took us three days. The instructors took one and a half days and did not sleep on their way back to the school. Afterwards they told us that the only time they stopped was for food, which were things like porridge with nuts and a fried egg on top. Not my cup of tea.
Sports day was another memorable event which consisted of a course with a series of obstacles some of which were near impossible to negotiate and each team had to complete the whole course. I do remember that our team was the fastest over the twelve foot high wall and at that time held the school record.
I do not remember the names of any of the other boys who were on the course but I do remember there was a lad from Liverpool who was a boxer and had appeared in ABA finals, a young man from France who was very athletic and a police cadet who had a lot of trouble with his feet.
At the time being on the course felt like it was the end of the world but on reflection it was an adventurous four weeks with lots of excitement and having the opportunity to do things that I had never done before and I believe that the experience stood me in good stead for the rest of my life.
I am indebted to my time spent at the outward bound school and the organisation itself.