John Rayner
Back to alumni stories 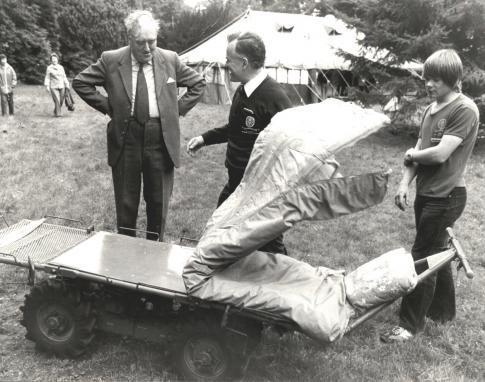 I attended 9 or 10 OB courses starting with UP12 in 1976 - mostly at Ullswater, but also Loch Eil & Berchtesgarden in 1981.
The photo is Ullswater's 25th year, in 1980 when the Home Secretary, WIlliam Whitelaw, visited. The warden, Lester Davies, asked me to take Whitelaw up the slope to the ropes course using the Fellbounder. The following day, a photo appeared in one of the Lancashire newspapers.
I've got all the photos from the day - course photos & also some I took & other given to me by Lester Davies.
OB - especially Lester Davies' influence - changed me for the better.
Memorable : Andy Long, Jim Stricland, Margaret Hayes, Pete Underwood, Mike Irving, Ralph Hetherington, Jerry, Pete Booth, John Pipes & the very odd smile of Tim Jones.