John Kelso
Back to alumni stories 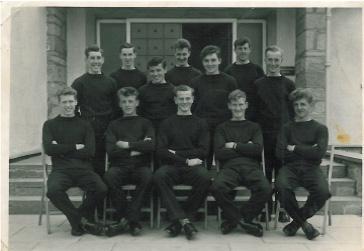 As a 17 year old Glasgow apprentice at the North British Locomotive Company in Springburn I was nominated to attend one months outward bound course at the Moray Sea School in Burghead, Scotland.

Memories of the course include:
Being dropped off at Ullapool and having to hike over the mountains sleeping under the heather to rendevous with the Prince Louis at InverGordon. If you didn't make it in time you had to hike all the way back to Burghead. I have vivid memories of attempting to get there and at 5 o'clock in the morning we managed to see the ship in the harbour - Happy Days!

On the Prince Louis I remember someone dropping a sea scoop in the water and I had to dive in and pick it from the bottom of the sea, everyone was waiting for me to surface. Sea Sickness hit 23/24 of us on the ship with the 24th being sick once we landed!

During the month we did athletics and I achieved a high jump record for the school.

One person on the same course was William Woodrow who by coincidence had been in the Quarrier Homes, Bridge of Weir, at the same time as myself.

When the North British Locomotion Closed I managed to read the confidential report from the course and it said,
"Kelso"� a born leader of men. Question which way will he lead them?

All during my working life I have enjoyed being leader of my own companies and feel that the outward bound course definitely helped in business in tackling situations as they arise.

After selling my main company LVS(IMAS) Ltd, (rubber conveyor belting Co),
last year I am now retired and enjoy playing Golf at Leyland Golf Club, having been Captain there in 1993.

Would love to hear from anyone who was on the same course in 1958.
john.kelso2@gmail.com