John Harding
Back to alumni stories 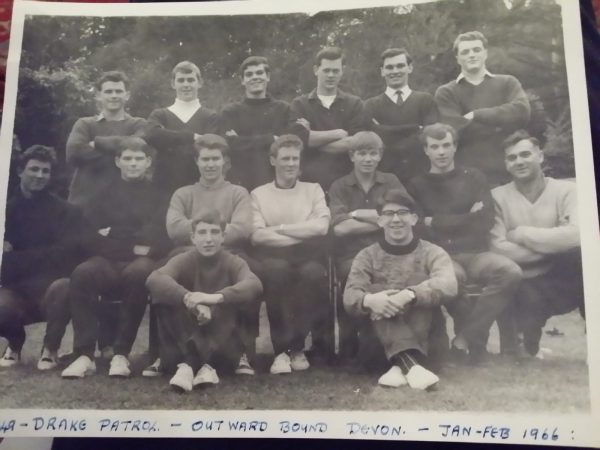 A month on Dartmoor for January was an awakening. I was used to camping and walking with boots which gave me an advantage when I saw some of the blisters other members of Drake patrol had to endure.No booze and a months pay untouched on return
Dave Obey was our instructor and jumped into the Dart from Holme Bridge having gained commitment from the patrol that we would follow. Soon learnt tasks which looked impossible were achievable.
Taught me a great deal about myself and other people , went on to climb,canoe , several hiking adventures far and wide.people had nick names so hard to trace. There was Guinness never been out of London he was a great team member and took on board what we were taught. On the final three day trek we ended up of Fox Tor mired and had to take a direct line to Childes Tomb , others were ready to lay down and die but he trusted the navigation, we got back to the Centre on the second night avoiding more time under wet canvas. There was Izal his dad run the Co ,no idea again what his real name was, Arthur from Approved school who had some tails. Happy and rewarding days. Shaped me. nick name Eck