John Douglas
Back to alumni stories 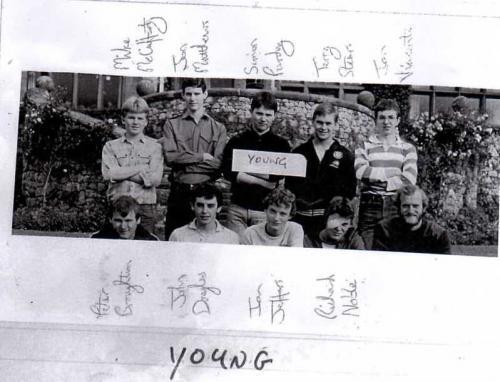 Although the youngest group, we rose to the competition and soon grew into a closely knit group. We came second to last in the dynamics which was the first competition and from then on we improved to winning the last one and coming high in the final points competition.

We had a few characters in our patrol. The two Scotsmen who kept us awake on expeditions signing Scottish football songs. There was Spike who dressed up in drag and John who jokingly pretended to fancy him when he did!
Our expeditions always turned out to be eventful with one group suffering from exhaustion on the first one and one of our groups getting lost four times on the final.

Throughout the whole course there flourished a spirit of comradeship, good nature and competiveness among the patrons of our patrol.

A special note of thanks must go to Geoff Thompson our instructor who was always helpful and patient at times when others would have blown a gasket.....

Following on from Eskdale I continued my job with the ministry of defence and in 1985 I was appointed to a naval supply ship where I travelled the world for the next three years. One of the places I visited on my travels was Sydney, Australia where I ended up having a long distance romance with my now wife.

In 1989 I immigrated to Australia and was married in October of that year and now have two children - Sarah 20 and Andrew 15. No, I did not manage to end up with Lady Di as you already know… however I did end up with someone special and I did wave from the other side of Wembley!

For the majority of my time in Australia I have worked in a logistics and IT role for a company called AWA whom I now consult to. I still love to eat and drink however I'am managing to keep fit in my old age..

I visited the UK last year and returned to Eskdale and had a tour of the school which brought back a lot of memories. I also sang a song for all the guys in the Young group!

I would love to hear from any of the guys in the Young group of any others who attended Eskdale in 1981.

The course inspired me and probably led to me having a full and adventorous life… So much so I’am doing the Kokoda track in June of next year!