John Carpenter
Back to alumni stories 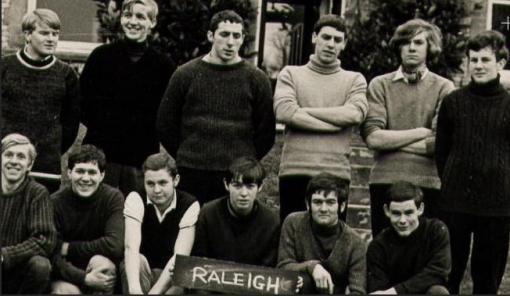 As a young apprentice, I left Paddington station, bound for Newton Abbott on the morning of 20th January 1970. Collected by coaches, we were told that the course started when we crossed the cattle grid - how true this was.

For the next four weeks, we got up early to a cold shower, walked for miles in fog, climbed rocks, canoed on the swollen river, learned to read a compass and map, and generally learned to live with each other.

One of the most memorable activities was the caving...This unlike many other activities was undertaken with no prior work on a smaller scale. Our instructor, John Fisk, was a seasoned pot-holer and we were confident of his ability and trusted him completely.

We arrived at the cave entrance at Buckfastleigh, to find a large army corporal guarding the entrance, who greeted us with the command that we could not enter the cave whilst 'Her Majesty's Forces' were in there. Ever the Outward Bounder, Fisk took the corporal to one side, had a quiet word and the next thing we knew, the corporal wandered off to sit in his lorry, whilst we entered the cave system - down a 20ft concrete pipe, wearing overalls over a thin layer of clothes, our walking boots and safety helmets with battery powered miner's lamps...

A little way into the caves, we started to see yellow chalked arrows on the cave walls - we assumed them to be the work of the army as an easy way for them to find their way out. Perhaps because the previous negotiations had been not so very polite, or perhaps it was just an inter pot-holing tradition, but we were 'advised' by our instructor to rub the arrows off with mud from the cave floor - and so we did just that...

After about half an hour (before we got to the real pot hole 'bits', like the Dutch Over, for those who remember!) we heard a voice squeal in dismay, "Saaaaarge, the arrows have disappeared". Further into the chamber, we crossed with Her Majesty's Forces - they were young lads, dressed in singlets, shorts and tennis shoes, carrying candles - a sorry sight - they must have been freezing!

Oh, but then there was the infamous bridge jump...

We completed the caving by early afternoon and returned to the Land Rover for our sandwiches and flapjack - a common Outward Bound fare!

Afterwards, we returned to Holne Park via the bridge over the river Dart - we were to complete the day with the infamous bridge jump. This activity involved standing on the bridge parapet and jumping the 30 or so feet into the river, which at that time of year was pretty angry.

Photo: D89 Raleigh patrol taken in February 1970. I am 2nd from right bottom row. John Fisk, our course instructor, is far left bottom row. (John kindly posted us this story and we have uploaded it to the website with his permission.)