Ian Boswell
Back to alumni stories 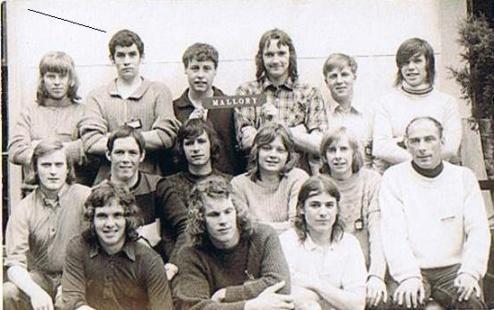 I was sent on course U170 in June 1972 by Thames Valley Police where I was serving as a police cadet. I was still 16 and very green indeed. I was sent the typed joining instructions in advance which included advice to harden the feet: 'Each evening for two or three days, but not more, immediately before you come on the course, rub your feet vigorously all over with methylated spirit. let it dry and then dust your feet with foot powder'. Do you still give such advice?

I arrived on my own by train and I remember on the first day being shown around the assault course and being shown the 15 ft high wall and being told, 'you go over that by the end of the course'. I thought, 'I have no head for heights. You'll never get me over that'.

I was in Mallory patrol (see the attached course photo) and on the day we all arrived, no-one spoke. Only when the lights went out did a guy from Essex (fourth from left, back row) start up with his jokes which we eventually all joined in. The older guy on the right hand side of the photo was a Royal Marine sergeant on an attachment. We all thought he was as hard as nails (he probably was) and I remember he said he has been asked to moderate his language! I can't remember the name of our course instructor but I remember he was like a human fly on a rock face.

I found the whole course very hard and didn't enjoy it as much at the time as I should have done (or would now). Memorable highlights would include canoeing across Derwent Water and into Bassenthwaite Lake; Spending my solo night in the woods on the other side of Ullswater from the Centre because I had a septic foot and couldn't walk too far; The three day expedition where we spent one night asleep on the ground with the tents as blankets because it was so warm; Jumping in the lake first thing in the morning wearing only our plimsolls and a smile; Climbing Skidaw; and while I was there, there was some filming going on for a TV programme called The Long Chase starring the lovely Jan Francis. They had a mobile canteen where we got extra food. I remember with all that exercise we all just ate and ate whenever we could.

Looking back I loved the course. It gave me great confidence and taught me (among other things) that you can overcome any challenge. I have kept a love for the out-doors and have been to Snowdonia walking and camping many times with my children (now grown up) and also with my two younger brothers. I have over the years visited the centre at Ullswater with my wife (when she was my girlfriend) and with my two brothers when we called in once.

I went on to do 30 years as a police officer retiring in 2004 as a Chief Inspector. I still walk, cycle and swim to keep fit, inspired in part by that course so many years ago now.

I can't remember all the names on the attached photo but I am in the back row second from the left. The two guys in the front row on the left were from Sunderland (I could barely understand them but strangely that's where I met my wife). The other guy in the front row was from the USA (He came with another who was in a different patrol). The guy in the middle row second from left was called George and was also a police cadet with Cheshire police (well I would remember that wouldn't I?).

Good luck with all your work. Sometimes when I get fed up with work my wife will say, 'Why don't you give it up and become and outward bound instructor'. I guess that shows what I say about Outward Bound nowadays.

PS I did get over the wall!