Hugh Meadows
Back to alumni stories 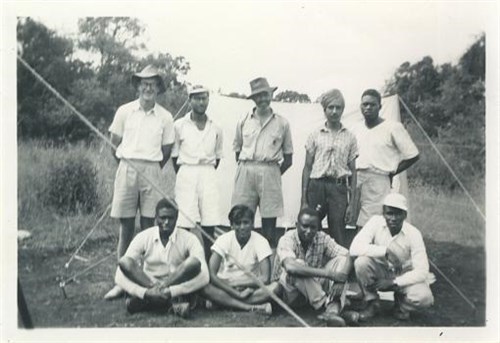 In December 1956, immediately after the end of the school term, I joined the next course being run at the Kenya O B school. To reach it involved a 150 mile journey over 'dirt roads' in the back of a lorry with all the provisions. In the 'middle of nowhere' it broke down and we were stranded for several hours before help arrived. We eventually arrived after dark !

The school was adjacent to the village of Loitokitok at the foot of Kilimanjaro but on the north side just inside Kenya. Activities/training culminated in an ascent of the mountain, although we did several shorter expeditions on the foothills before the final ascent. Other day treks on the adjacent savannah grassland below Loitokitok introduced us to map-reading and the use of compasses. The intake was for boys only ( all about my age ) and multiracial. At the time this was unusual as the three different groups were educated separately. However, we very quickly settled into four mixed race patrols. I was in Kibo patrol. ( The higher of the twin peaks. )

My 'hairiest' time during the course was on the rope system which was rigged up in the forest behind the school. There were no metal clips, safety ropes, hard hats, or other equipment that is commonplace today. The aerial walk must have been about 25 feet up ( it seemed higher ) and to abseil down from the system one used a rope wound over your back and through your legs with one hand below, acting as a brake, and the other held above the body. It helped to be wearing a second pair of trousers and two pairs of gloves!

The best moment had to be arriving at the lower summit ( Gilmans Point ) after the final scramble up the scree, and then watching the sun rise. Those who had arrived earlier had time to walk round the crater to the actual summit which at the time had the magnificent name of Kaiser Wilhem Spitz ! ( Shades of Queen Victoria and her darling nephew to whom she gave the mountain as a birthday present ! It had originally been in Kenya, so caused a redrawing of the international boundary ! )

During the course several people visited, including Shane Summers whose father was Sir Spencer Summers M P. He was, I believe, involved with the Outward Bound Trust at the time. Shane was visiting all the O B schools in Africa and had been at the Nigerian ( or Ghanaian ? ) school during the previous week.

As a very naive 17 year old, the course helped to 'bring me out' which, a year later, served me well when I was called up for National Service. I have never completely forgotten this time, and I still have a metal O B lapel badge - and three pieces of scree from the summit !.

The photo is of Kibo patrol with our instructor, Charles Howie.