Graham Roberts
Back to alumni stories 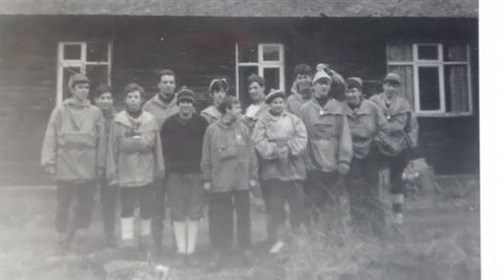 49 years on I can honestly say that the experience of my Outward Bound course in 1967 made a lasting, positive impact on me and my life. I am a geologist by profession having worked in exploration and mining before subsequently moving into related financial services, working and travelling extensively around the world, often to remote locations. After so long my memories of life at Ullswater have inevitably somewhat faded but I still recollect the ethos and certain events that will stay with me for ever. Lessons learned from 27 days at Ullswater positively changed my outlook on life and people and provided personal and practical skills that have directly and indirectly helped in my life and work.

In 1966 at the age of 15 I was put forward by my school for a place on an Outward Bound course. Frankly I had never heard of Outward Bound and was unsure of what to expect; in the absence of the internet and Google it was not possible to research the course but it sounded exciting and it was a month off school!

At the time the course was sponsored by my local council and in order to be selected potential participants needed to attend an interview with the Councillors. This was a new and somewhat intimidating experience, something I was completely unaccustomed to but in itself also a valuable experience. Notwithstanding, it obviously went well, as a few weeks later a letter arrived confirming my selection. As one of just three children to attend Outward Bound that year from my area, I was both surprised and honoured to be selected - as well as excited and anxious about what to expect.

Complicating my attendance I was in the middle of my final GCE year but with extra work and the help of my teachers and friends I subsequently caught up and did well in the exams.

I had previously undertaken cycle touring trips using Youth Hostels but this trip was, as they say, a whole new ball game, starting with the journey from my home in Essex to the Lake District. I first travelled by steam train from London Euston, changing at Carnforth for the onward train to Penrith, the nearest station to Ullswater Outward Bound. At this point we were transported by coach to the school located on the banks of Lake Ullswater. This was the first time I encountered some of the other boys who like me, were quiet on the coach journey. We were met at the School by the head and patrol leaders - the adventure was now about to begin!

One of my lasting memories of Ullswater Outward Bound School was getting up in the morning. At this time of the year it was always cold and much of the time there was snow on the ground. A typical morning consisted went like this:

"� Get up at 6 a.m. and go for a run. It was still dark at first and the route would sometimes encompass running though the edge of the lake.

"� On returning to the school have a cold shower and make your bed. This sounds and probably would today be classed as masochistic but strangely it grows on you so that today, much to the horror of my wife, I like the odd cold bath (not in winter) and swim in the sea (in the UK) at most times of the year. The appeal is the glow that follows, it's very invigorating!

"� The final act is breakfast, which would always consist of porridge. I don't mind porridge but I can say that it's not my preferred breakfast, but it provided good fuel for whatever activity was to follow that day.

The first and second weeks can be described as transformative. It's fair to say that as teenagers we were a bolshy bunch, uninclined to co-operate and certainly did not buy into the tasks and associated patrol competitions that took place throughout our period at Ullswater. However, it's now clear to me that the school knew what they were doing, as slowly we all started to work together and help each other, with one objective - to succeed.

I fondly remember white water canoeing, rock climbing and mountain rescue, interspersed with climbing over obstacle courses and various social projects within the local communities. Even in February, cold and wet, it was always surprisingly good fun.

I especially recall when we hiked and then camped on the lower slopes of Helvellyn mountain one evening, with the goal of being the first patrol to the top next morning. We awoke in the dark, washed and gathered water from the adjacent hillside stream, after breaking through the ice, and then embarked on our climb to the top - still in the dark - along Striding Edge. I think we all got there about the same time but it was anyhow rewarding and when I took the same route years later with my wife - during the day, in the summer when it was warm - it was still very exhilarating. I have subsequently walked many mountains in the UK, including some of the challenging Munroes in Scotland, but our ascent of Helvellyn in February 1967 will always remain my abiding favourite climbing moment.

Contrary to my initial teenage cynicism, by the end of the course I was reluctant to leave Ullswater Outward Bound School. I enjoyed the experience immensely but something else had also taken place. Over time I have reflected on my time there and come to realise that apart from the extensive practical skills acquired, the experience had had a profound and positive impact on me.

"� As a person the experience gave me increased confidence in myself, hitherto largely absent;

"� I learned the benefit of working with others, not just to achieve an end goal but for the personal values and enjoyment together it installs;

"� I gained greater insight into other persons: their problems, positive and negative attributes, and as a result consider how to live and work with them better;

"� I learned to deal with adversity and challenges, practical and personal;

"� I learned how to deal with success and failure better.

It would be difficult to devise a better list of life skills, all of which I now feel have helped me in my life and work. I was fortunate to have been given this valuable experience at such a formative time of my life and will forever be grateful.