Gordon Campbell
Back to alumni stories 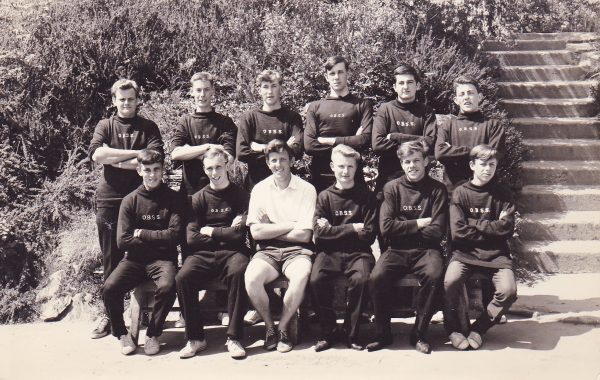 I was selected as apprentice of the year by the Western Region of British Railways during 1963 and my prize, was if I remember correctly twenty one days at OBSS in Aberdovey.
Like most attendees I arrived by train at a station that was no more than a halt in railway terms.
I seem to remember there were about twelve nervous young chaps got off the steam hauled train and were met by two imposing regimental type gentlemen who took our details and marched us off to a waiting coach.
On arrival we were shown to the wooden huts that were going to be our home for the next twenty one days, there was eight of these buildings I think all named after historical British naval heroes, I was assigned Fisher and as the day passed more chaps arrived.
We were told to report the the main hall for dinner at 6pm followed by the introduction talk by the head man, no idea what his name was and then introduced to our watch instructor, again can’t remember his name.
The most memorable things for me during my time at the OBSS was always being hungry, filling up on loads of bread & butter at every meal, the morning freezing cold showers, and keeping our hut spotless for morning inspection although I don’t think we ever achieved a well done lads, good job.
Another memory was the former American navy seal instructor who had lost most of his left hand during a mission, he was hard as nails an drove us to the limit on the expedition.
And finally being rescued by the local life boat when our sail boat was tossed over by a massive wave, I tried to right it by standing on the centre board but it snapped and the out going tide swept us out a couple of miles.
At the time I was part of the British schools athletic team and I thought I was pretty fit but I learned different, a couple of lads in my watch were not in good shape and had a nightmare time.
It was a fantastic experience and I enjoyed every minute of my time there, no that’s not quite true, I hated the freezing cold showers but the camaraderie amongst the cadets and learning new skills are my overwhelming memories.