Geoff Lee
Back to alumni stories 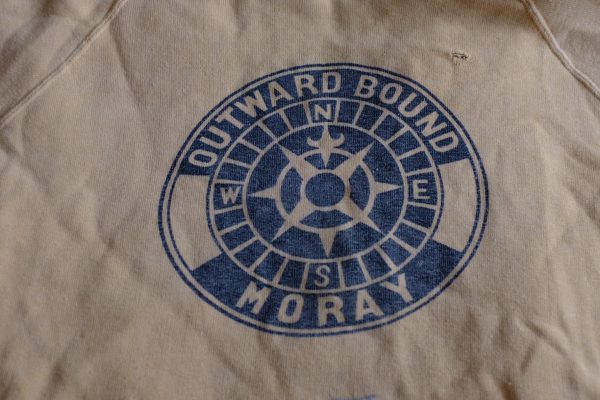 It must have been 1974 when I travelled from Kettering all the way to Elgin by train. I had been on a few trips with school to the Cairngorms which is why I chose Moray when a few places were available from the council. I was halfway through my A levels and I knew lads who had been to other OB Centres complete with tales of cold lakes and showers.
I think it was course M240 and I’m sure it was Hawkins Watch with a very diverse group of lads including an Italian Skier and West Indian police cadet, who had never seen snow! Our instructor was Alex McFarlane, an individual who could do anything amazingly but not the most sympathetic person on the planet.
I remember we got a good team time for scaling the 12ft wall only to have loads of penalties added for gratuitous swearing.
Alex had a trick of standing his canoe on its nose at the end of a surf, which contrasted with our endless capsizing and draining the boat. The smell of the schools’ wet suits regularly warmed in the time-honoured manner still lives with me! Ironically, I eventually set up a Canoe and Kayak club where I now live in Wivenhoe, Essex.
On our expedition Alex carried 2 Primus stoves up the hills and made himself steak and chips which rather contrasted with the label-less tins we had with “meat” written in felt tip (Pal anyone). I also seem to remember one pair setting fire to their tent while trying to light said Primus stove inside the tent without getting out of their sleeping bags.
One guy who lived in a pub only lasted 4 hours on the solo, but I think I quite enjoyed it bar not knowing the time and more or less no darkness during the summer.
One or two refused their badge at the end of the course.
I don’t have the pin anymore but still have a rather worn and sadly ill-fitting Moray yellow sweatshirt.
The above might have been embellished over the years through endless retelling but they’re great memories anyway. For me it gave me great experiences with different people and a lifelong enjoyment in the outdoors and adventure.