Derek Etherton
Back to alumni stories 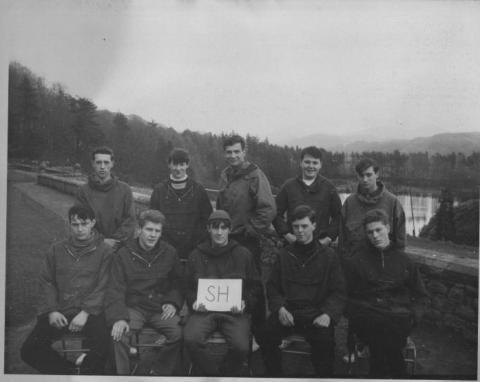 I was a Police Cadet with East Sussex Police Force in 1965 and part of the training and Duke of Edinburgh Award was to take part in an Outward Bound Course. Strange I still remember the event and contents but cannot recall other Shakleton members names!

It was the coldest late Feb/March the Lake District had known for many years. In those days the day started with being woken at 0600hrs, shorts on, run round the lake, jump in the water under the waterfall, turn round 3 times and run back to get dressed. Porridge after this was most welcome!

There were no such clothing as Rohan, Berghaus etc. or proper waterproof boots. East Sussex police issued us extra serge trousers and a 'pull' over top and boots were supplied by the centre. I remember so vividly the 3 day expeditions in the snow, getting soaked and crawling into a sleeping bag to dry in a tent you pitched. You primed the 'Primus' stove added snow and dehydrated veggies so you could eat. Happy days!

"We have just returned from a 4 day climbing scheme over by Buttermere Lake. The climbs are about 2,500ft, the last 500ft by ropes, fingers, teeth and prayers. We walked back to Eskdale today, Friday, via the longest route possible. Up to Haystacks, 2000ft, then to Great Gable at 2974ft, down the valley to 1000ft, then up Scafell, 3240ft, Scafell Pikes 3200ft and Mickeldore, 3110ft and then downhill to Eskdale. A journey of 13 miles which we started at the unearthly hour of 6am and finished at 5.30pm. We climbed Scafell on the north side and had to plough through 2ft of snow in places, whilst the temperature was in the mid 70's - crazy up here. Still I am painfully sunburnt and tanned".

Now retired, my wife and I spend our time in The Sierra Nieves bird watching and walking, seems something stuck!

(Derek kindly emailed us his story and we have posted it on the Generations website with his permission.)