David Reynolds
Back to alumni stories 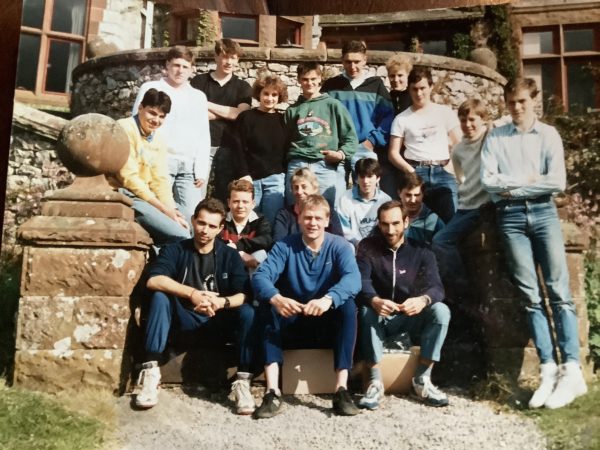 I attended a 7 day Outward Bounds course in May of 1988 along with some of my classmates from our school (Chipping Sodbury School). We had a great time there learning first aid, rock climbing and abseiling, camping under the stars in tents and bivouac. Leading up to main expedition at the end of the week which was to climb to the top of Scafell Pike over two days, and on the way back we went back to the centre on the Lil Ratty (Ravenglass and Eskdale) steam railway and walk up from Irton road station back to the centre.
My notes on the back of the photo, says the following attended and are in the photo - Chaz Beresford, David Ship, Kirsty Stanton, Richard Abrahams, Shelly Clark, Neil Butcher, Myself, Adam Gibbons, John Tingey, Tom Hurford, Louise Bird, Andy Wigmore, Mark Neat, the teacher who was our chaperone was Miss Taylor and the Instructors we had were, Donald McKenzie, Tim Raw and Richard Cribbens and the photo was taken on the 19th May 1988.