David Evans
Back to alumni stories 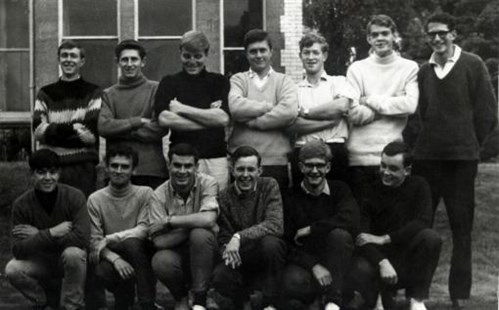 I went on my Outward Bound course during October/November 1966, course no. D56. I was in Grenville Patrol and our instructor was John King a recent graduate.

I recall the course almost as if was yesterday. The first week involved getting ourselves fit on the assault course and low ropes course. I remember many other things we did. Caving including Maggots Crawl and jumping off the bridge into the river. To my surprise I enjoyed that and jumped twice. We canoed from Totness out of Dartmouth and onto Blackpool sands were we noticed a very re-assuring sign that there could still be unexploded mines on the beach!

The expeditions were great fun including the solo. The last major expedition involved following clues from some old smugglers cove on the north Cornwall coast. (Barretts Zawn I think), over Brown Willy and back to Holne Park. We spent one night snug in a farms barn and the following day for some reason missed a clue. It was hidden in a bottle at the edge of a lake. I’d actually looked there but missed it. We decided to complete the walk back to Holne Park rather than call up. We got a bit of stick over that but I think the staff actually respected us for making a reasoned decision.
We climbed on Dartmoor at Haytor and did the infamous high rope course. The part I found terrifying was jumping down from a small platform to a similar sized one below. I took ages but John King saw me through it and I did it.

I remember the night at Berry Head and sleeping in a hammock and being trusted to abseil down the cliff without a safety rope. Other memories are the flap-jack and the Mars Bars and doing community service. We tidied up some part of the garden and named it Grenville Grotto. The smell of the drying room and seeing clouds of smoke at the far end! The early morning cold showers which changed to jumping in the river when the clocks went back. (Better than those showers)

As a Patrol we decided we would accept the challenge and the rules and I was proud to get my badge. It did make a lasting impression and I wrote these memories without referring to any notes. I am very grateful to Warwickshire Constabulary for sending me, and The Outward Bound Trust for the experience I got out of the course. I still have a cloth Outward Bound badge on a Scout Camp-fire blanket

I passed Holne park last summer and was sad to see it was no longer an Outward Bound school. I was not tempted to jump off the bridge again!