David Bushrod
Back to alumni stories 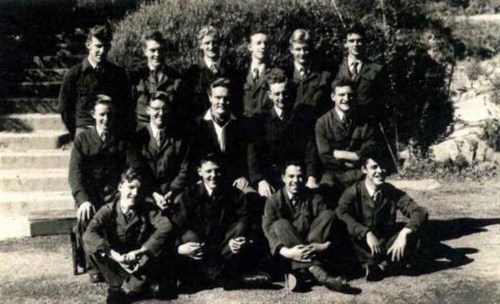 Aberdovey Course 142 1954 David Bushrod
It is difficult to judge what effect my month at Outward Bound had on me but it is something that I enjoyed and have always remembered and I think the following observations are fair:

The group leader we had was an inspiration. I don't remember his name but I think that he had fought in Korea, and had lost an eye in an incident for which he had been awarded the Military Cross. He was an outstanding role model.

I learnt that human beings are social and achieve things by working together, whether they are launching a lifeboat or organising an expedition. This was in fact a very important lesson and without it I would have achieved little.

My course report helped me to secure employment. I think I was taken on by the Tilling Group of Bus Companies where I became Area Manager at the age of only 26 because of my excellent report I had from the Outward Bound.

It gave me a lifelong love of Wales and the Welsh mountains. Had I not climbed Cader Idris I do not think that after I had polio I would even have considered mountain walking. As it was I had an intense desire to climb Cader Idris again and have climbed Snowdon three times, once by the arduous Watkin path.

David Bushrod kindly posted his memories of Outward Bound to us and we have uploaded extracts from his letter to the Generations website. Since retiring at the age of 44, David has had a successful career as a writer and poet, and some of his poetry can be viewed using the link below: