David Burns
Back to alumni stories 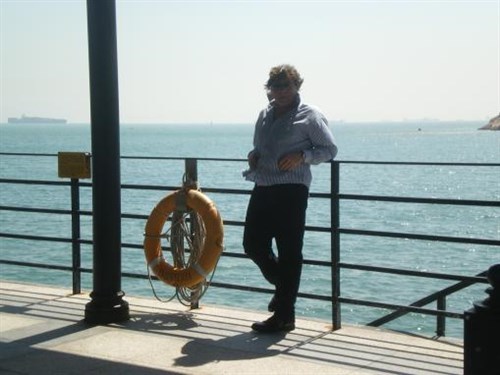 I was in Hawke Watch,August 1964, sponsored by Alfred Holt Shipping Co. The course duration was 4 weeks. I had just left high school and about to enter the workforce as a cadet navigating officer in the Merchant Navy. I was 16 years of age and already had completed the Duke of Edinburgh's' Award; bronze,silver and gold, so I had experienced a fair degree of stamina required to complete tough assignments.
The course at Aberdovey was really tough and hard going - the like I had never experienced before. Up at 6am every morning, a cold shower (in a seperate block), after first making the beds and cleaning the watch hut spotlessly. It was freezing outside and the march to the shower block was made with much trepidation. the age of the group was between 16 and 20 years and I remember one brave and burly fellow (about 19yo) refusing to enter the cold shower. We were all standing in a line behind him, stark naked, waiting for a response. It came very swiftly in the form of a booted kick up the rear end by a warmly clothed instituter. We all raced into the showers and embraced the cold water thankful for not collecting an imprint on our arse cheeks like our brave friend.
We all had the same uniforms and each day given instructions on hiking, sailing, drownproofing, rockclimbing, fitness training and the importance of teamwork. The course participants were split into 4 watches, or huts, each consistig of about 12 to a watch. I was in Hawke watch and made best friends with a chap called Frank Worthington. He was about the same age but extremely clever, and strangely, all he wanted to do was become a lighthouse keeper. We were paired together for the 5 day hike and I still remember carrying his kit for the last few days to keep him in high enough spirits to finish the hike.(you were deemed to have failed the hike unless both parteners followed all the checkpoints along the hike track)
The sailing component of the course was fascinating to me, who hadn't experienced sailing before. One day out in the estuary we jibed instead of going about and capzised. Frank (who couldn't swim) was not much help in trying to right the yaght, and we drifted out into Cardigan Bay, eventually to be rescued by the local lifeboat crew. Thank god for lifejackets and grab lines.
Even though I ran cross country races regularly for my school and county, I found the course at Outward Bound gruelling indeed. It was compulsary to run it, and I am pleased to say I set the record when I was there. I entered the drownproofing course conducted in the pool and also pleased to say I gained membership to the Dolphin Club.
The most terrifying aspect, of the course, for me, was the 20 minute speech each of us were expected to give in front of the whole school in the main hall. I had never had to do such a thing and It caused me a lot of worry beforehand. But we all had to confront our demons and overcome them; that was our instructors mantra (especially at Bird Rock after abseiling halfway down and then climbing up the chimney,as I recall) It was reassuring to hear the clapping after my speech and did my confidence no end of good.
It was good to get home after the course, but I felt slightly priviliged and special to have experienced it. I made lots of friends there, especially Frank, but I never met anyone ever again, sadly.
I was off to sea as a deck cadet fairly quickly after the course and have persued a career at sea all my life.