David Browne
Back to alumni stories 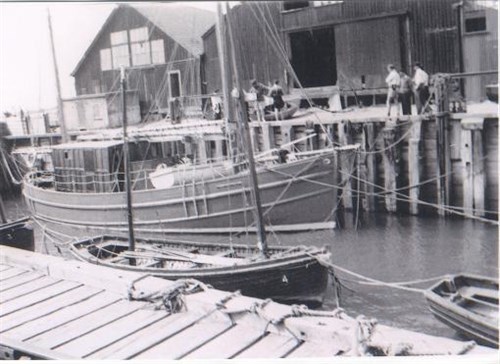 Back on April 24th, 1964, I attended the 238th course at Aberdovey. That month was one which made a lasting understanding of one's strengths and weakness. It was a truly memorable and, once accomplished, rewarding experience.

The company, with which I was employed until I retired, had as one of its Directors, Lawrence Holt -one of the principal founders of Outward Bound. In those days, Ocean Steamship Company (Alfred Holt/Blue Funnel) as it was known, was a major shipping company and the warden at Aberdovey, whilst I was there, Captain Fuller, had been an Ocean Steamship employee previously. It was his, plus many others, survival at sea in a lifeboat for 36 days, during WW2, which provided one of Lawrence Holt's inspirations for forming Outward Bound with Kurt Hahn.

I recently met one of my ex HR Directors Chris Stephens last week in London and he told me that he had visited Aberdovey on behalf of the Company's Exel Foundation, now part of Deutsche Post (but better known as the logistics company DHL). The Exel Foundation has supported several hundred young attendees on Outward Bound courses in the last year. It is pleasing to know that after all the Company changes that have evolved, it still has a strong support of Outward Bound. Lawrence Holt would be proud.

On one occasion during my month at Aberdovey I remember our Watch (Beresford) running back into the school yard after finishing a long distance cross country run. We were met by a group of girls who were on an Outward Bound course at the nearby Girls' School in Towyn (Twyn?). During the run we had been through some rough undergrowth on the mountainside and this had left us with badly cut legs. For us boys this was the first sighting of young ladies (except for Matron) in about two weeks. The conversations among us boys were overheard by an instructor and our language lost us points for that day's Watch competition. We didn't see the girls again during the Course and at the end of the month Beresford Watch won the overall points competition.

The month at Aberdovey was for me one of two major life changing events (apart from marriage and family). The achievements attained during that time were without doubt influential in all that I have done since and I will always remember the days, albeit with some pain and stress, with great fondness.

(David kindly posted us this story and we have uploaded it to the website with his permission.)