david bradley
Back to alumni stories 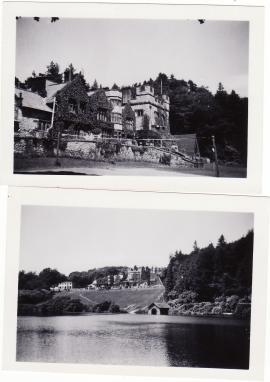 Arrived at the school as a rather naive nineteen year old via the then Seascales station and were divided into our patrols, mine being Young Patrol led by Chief instructor Mr Elliott with assistant Mr Perry.

The next 26 days required no alcohol, no fraternity with ladies (other than the one female at Eskdale - the Cook!) which may have had a bearing on three course participants being found at Seascales station after attempting to abscond midway through the course.

However,lots of fresh air and challenges which, whilst some were difficult, proved afterwards to be very rewarding in the longer term. Worst moment - 6.15 every morning with the run round the tarn culminating in a dip in the pool and two turns under the waterfall commonly known as "Whitings Whimsy" - rather nippy! Best moment - completion of the mountain climbing during which my knees were literally knocking together but the adrenaline and elation at the top was fantastic and illustrated just what is possible with discipline and determination - I am still petrified of heights. A Fantastic experience which should be undertaken by as many of todays teenagers as possible. I have more photos, a patrol members listing and other memorabelia if anyone would like to get in touch..