Dave Molyneux
Back to alumni stories 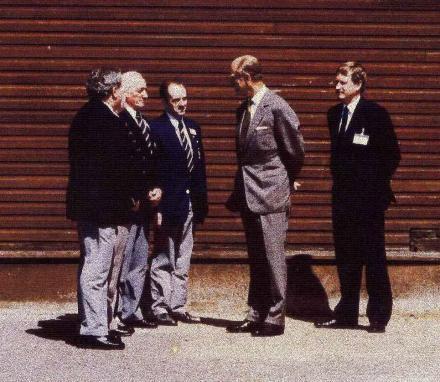 My story began in early 1956 when I joined Alfred Holt & Co. better known as the Blue Funnel line who sent me to Outward Bound Sea School at Aberdovey as it was then named to train as a steward for a life at sea. I was 16 years of age and I had no idea how tough it was to become!

There were no girls who were able to join as they do now. The school was run like a ship as you may know with strong discipline; the people in charge were ships officers either on rest or had come ashore through health problems. I was to spend three months at Aberdovey, the first month was the catering department, the second month I joined "Course 157"� where I was put to the test! The third month I returned to the catering department while awaiting a ship in the company.

My comfort zone was challenged on two occasions; the first was on the 35 mile hike in one day. We were taken by coach and dropped off 35 miles from Outward Bound we had maps and compasses which we had been trained to use beforehand. I think each party numbered six, and then it was up to us to find out way back. We were instructed NOT to ask any locals of our location, being informed that the schools authorities would be informed by any locals we had asked for help. (In later years, map and compass reading would be very helpful to me)

I remember it was tough going and that our party arrived back in the dark at around 10.30pm, very tired and but feeling that we had achieved something worthwhile. No matter what time other parties arrived back hot meals and drinks were on hand in the school's dining room served by two young future stewards. My second comfort zone was learning to use the two manned canoes in the River Dovey. We had to learn to upright a canoe by deliberately capsizing the canoe in the river even though it was freezing, both of us having to work together! If one smoked, as many did in those days, we had to take an oath that we would not smoke for the period of being on the course which I suppose was another tough comfort zone!

Every morning we were taken down to the river for a dip in the water, there was nothing more invigorating to wake one up, if the river was too rough we had to take a cold shower at the school, an officer would make sure no one tried to duck out! One of the hard jobs was the cleaning of the huts, the floor was concrete and had to be polished with a mixture of polish and sand which was rubbed into the floor with long handled brushes. Every morning there was a full inspection by Captain Fuller who made sure everything was kept ship-shape. One of the main highlights for myself was manning the training ship, "The Golden Valley"� which was a converted fishing trawler. As I was to be future steward my job was cooking with the help of one of the other boys - I should point out I was the only person on my course going to sea after our training! We went on a 3 day trip around the Welsh coast, each of us taking a turn at steering, watch keeping and being sea sick ( I was sea sick for the next 12 years in the Blue Funnel Line, but would not let it beat me!)

The big highlight of my life was in helping to form the Blue Funnel Association in 1988, originally by ex-stewards but now we have over 600 members worldwide from all ranks that sailed with the Blue Funnel Line. I became secretary of the association and produce a monthly newsletter with stories and photographs of the ships we sailed in.

All in all Outward Bound played such a major part of my life at the age of 16. It helped me to become independent, how to look after myself, gave me my own self respect and how to respect others and how to help others when needed. It gave me great confidence and to never give up what you believed in. Alfred Holt summed it up with his Latin motto - "Certum Pete Finem"� - "Hold true to your course"� Which Outward Bound did for all of us.

I met the Duke of Edinburgh at Outward Bound In Aberdovey in June 1991, as a representative from the early years and also a press launch at the House of Commons in the same year.

I visited Outward Bound in Aberdovey again in 1986 and the place had not changed, it was like coming home again! I was given a very warm welcome by the staff and got chatting to some of the pupils, who were surprised how tough the discipline was when I was there. My reply was - if I thought we had such a hard time I would have never come back today. It was hard, I was put to the test and came out the other side all the better for it, it will last you for the rest if your life.

(Dave Molyneux, Secretary of the Blue Funnel Association kindly sent us his story and we have posted extracts from his letter to the site with his permission.)