Anthony Wallis
Back to alumni stories 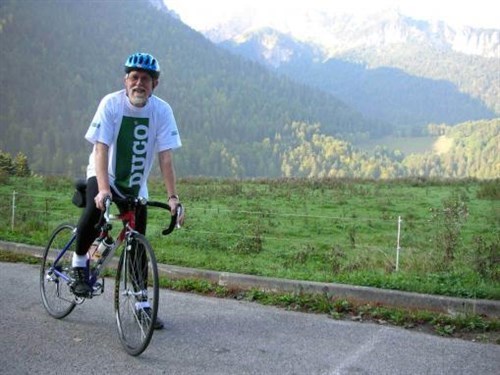 i,
I was at Ullswater in November 1963 as part of Oats patrol and the Northern Gas Board, who I worked for as an assistant chemist in Gateshead, sponsored me.

As the oldest in the patrol, at 20, I tended to be expected to be "in charge". I accepted that responsibility and it probably did me good. The whole experience of a month running up and down mountains and all the other fun things we did, including the cold showers, made me realise that I could do things, which were very demanding and unfamiliar. The challenges at Outward Bound were a good preparation for the challenges of life.

When I returned to "normal" life I was very fit and looked around for an outlet for all the energy I had. I joined the local rugby club fourth team and within a year was playing for the first team. This was mainly due to the fitness, rather than exceptional talent, I believe. I made a lot of good friends and met my wife through being a member of the rugby club and have continued to be interested in the sport throughout my life.

I had the confidence to change my career and trained as a teacher shortly after getting married in 1966. After five years of teaching near Hull, with our one-year-old son, in 1976, we moved to Papua New Guinea on a two-year teaching contract. Again this did not seem a mad thing to do to either of us, although some of our friends perhaps thought so. For us it was simply another challenge. We had quite a number of adventures while there, which we would never have experienced in this country and it broadened both my wife's and my outlook on life.

On returning to this country I took up a Head of Science post in a school in Leicestershire and subsequently took on the challenge of introducing computers to the school, which eventually led to the post of Information Communication Technology Co-ordinator.

I am now retired and taking on a new challenge of research in Archaeology. My wife and I walk three miles each morning around our local Common and I keep fit by cycling each week. When I was 62 I cycled with a group of four others, in the French, Italian and Swiss Alps to raise money for a charity called Intercare. We climbed 2/3 the height of Everest in 5 days. The challenges just keep coming!