Alan Medforth
Back to alumni stories 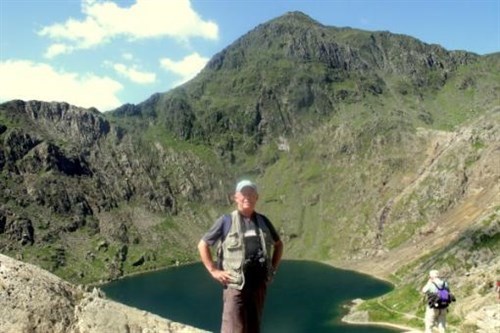 I called at OBS Aberdovey last July for a nostalgic visit, after spending four weeks their in July 1960.What really brought home the time interval of over half a century was seeing the young Course incumbents going through their routines, and recalling the exciting and interesting times that I had,albeit a bit fuzzy after such a long period.
The "Golden Valley"was in commission at that time and we sailed upto St Tudwalls Island in Abersoch Bay,delivering two Archaeologists there for some exploratory work on the chapel.Most of the 18 on board were seasick and I remember only three of us were fit for the various duties on board.One Course member actually lashed himself to the mast as he could not cope with being below deck.
The first time we went on the River I had a narrow PVK Canoe and proceeded to invert it almost immediately having to swim to shore pushing the vessel.
I was a lot fitter in those days but a couple of days before visiting I climbed Snowdon, although my muscles new it.
In 1960 our Watch(Raleigh) went to a log Cabin where we did some Forestry work combined with the assault of Cader Idris.
Sleeping outside one night in a Sleeping bag I recall awaking to find that I had slid about 40 yards down a grassy slope with my feet dangling over the river bank.
I loved the Athletics and particularly the Field Events but not the Washing-Up duties!!!..
Mr Tillier was our Instructor(ex-Army as I recall).It was a great experience overall and I often wonder what happened to the rest of the lads who I billeted with.
I spent the next few years in the MN before taking up a shore position.
p.s.I would appreciate it if you could send me a photo of the "Golden Valley".
Best wishes for your continued success in helping young people to take a step forward in their lives.
Best regards
Alan Medforth