Alan Hawkes
Back to alumni stories 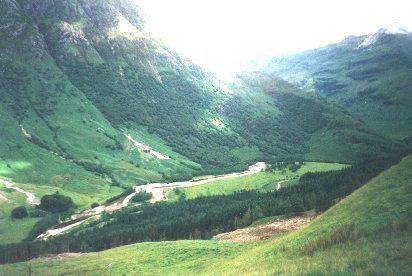 I was asked to go to the Outward Bound School by my employer George Salter, the well known spring and scales makers in West Bromwich. They initially asked one of the other apprentices in my workplace to go, but he "ducked out" as he did not particularly enjoy the outdoor life and had heard about the mountain climbing and the messing about in boats he could expect at Aberdovey. His refusal was my gain and before I travelled to the School I had no idea what to expect.

I think that the first bombshell to hit me was the early morning call and the run along the road to the beach. The water was absolutely freezing and I dreaded the final whistle from one of our tutors to dive in the sea. I did not believe I would be still alive after our training which, as far as I can remember, was over the period of one month. At the time I was a member of the 5th West Bromwich Boys Brigade and was learning to play the bugle. One of our officers heard about this and volunteered me to play "Last Post" every evening whilst they lowered the Union Jack. I played a lot of wrong notes but continued to blow through the many laughs from the lads as they watched me perform.

Our officer was a RAF pilot. A great fella who naturally got our attention through his own personality. He taught us about map reading, particularly in the mountains. One day on a trek in Cader Idris, where we spent two days climbing, he told us that the first two trainees to find their way to the hotel which the School had booked for us, would get the bridal suite, the very best room available. Imagine our misery when we saw an old farm house situated besides a stream, with no roof and an outside toilet, located over a fast running stream. Happy days? I do remember however learning how to read maps, but mistakenly asking our officer "where we were" at one stage, and him telling me sometime afterwards that because I had asked the question I would not receive a special badge (the title of which eludes me) I had been in line for at the end of the course. I was very disappointed.
At the time I was at the School they were making a feature film called, "The Blue Peter" starring Keiron Moore and Sarah Lawson, so some of the time we were asked to drill and march as background material for the film. I've seen this film several times on T.V. since.

I had the impression whilst I was there that the training we received was probably like that in the Armed Forces and in some ways it was. I enjoyed the discipline and the learning I received on the walking activities, learning to tie knots, which I had never done before and the training we received on the cutters in the estuary and particularly the commando course in the grounds of the school. This training came in useful when I went into the Royal Marines to do my National Service, where the training is slightly tougher.

The comradeship in the School was first class. It probably sounds silly now but until I had attended the Aberdovey camp I had never met anyone from London, or indeed anywhere outside the Midlands. I was fascinated by the different accents which I had only heard on my visits to the cinema. I mean, my grandkids went to Egypt last year for their holidays. Up to the age of twelve I had only had one holiday, in Bournemouth for five days. That's all my Dad could afford.

I believe that the Outward Bound School gave me my first experience in becoming independent, and in relying on my own wits to getting to places I wanted to go. I did not have to go into the Marines for example, but that extra level of challenge I was told about during my interview was the main reason I joined. This was also true when I went to work in Nigeria, where I stayed with my young family for six years, coaching soccer and travelling over many parts of Africa. I enjoyed the excitement of visiting new places and meeting people which I still feel today. I believe the Outward Bound School was the initial catalyst which helped me decide on the path I eventually took.